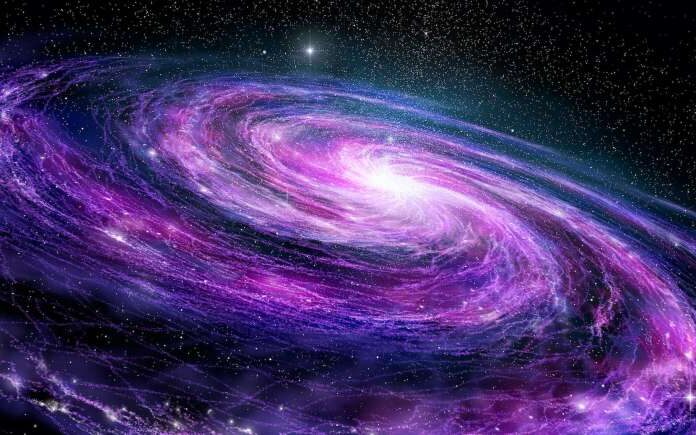 Astronomers imagined our Universe as homogeneous. On the contrary, the distribution of the directions of rotation of 200,000 spiral galaxies seems to show a defined structure. It also suggests that in the past, our Universe could have been animated by a rotational movement.

At the heart of spiral galaxies, the stars are not motionless. They are driven in a circular motion. And starting from the postulate acquired since Edwin Hubble of a homogeneous Universe, astronomers thought that, whatever the region observed, the directions of rotation of these galaxies should be uniformly distributed. Researchers at Kansas State University (United States) today come to a very different conclusion, suggesting that in the past, the Universe itself may have been in rotation.

Their work has not yet been peer reviewed, but it was presented at the last meeting – 100% virtual, coronavirus crisis requires – of the American Astronomical Society. They relate to the study of more than 200,000 spiral galaxies. And according to the words of Lior Shamir, astronomer, in a press release, “the analysis of this very large number of galaxies makes it possible to bring out clearly a geometric pattern in the distribution of these objects and their direction of rotation”.

To better understand, it must be remembered that the appearance of a spiral galaxy changes according to the place from which it is observed. Thus, a galaxy may appear to rotate clockwise when viewed from Earth and counterclockwise if viewed from an opposite region. In an isotropic universe with no particular structure, we should observe as many galaxies turning in one direction as in the other.

Researchers at Kansas State University were able to do so more quickly thanks to the Sloan Digital Sky Survey (SDSS) and the Panoramic Survey Telescope and Rapid Response System (Pan-Starrs) and artificial intelligence. than ever, sort the galaxies according to their direction of rotation. And discover that there is a difference of just over 2% between the number of galaxies that rotate clockwise and those that rotate counterclockwise. A tiny difference, but which, according to astronomers, cannot be the result of chance.

The researchers also note that this asymmetry is found over more than four billion light years, but that it is not uniform. The farther away from Earth, the more marked it seems. What to think that in the past, our Universe was less chaotic than today.

The diagram that the researchers observed also corresponds to a quadrupole alignment. Hinting that in the past, our universe as a whole has been able to rotate, a bit like a giant galaxy. But in a rather complex way, around four axes. A concept that is not so new. Because anomalies of this type had already been detected in the cosmic microwave background. But “unlike the measurements made here on the directions of rotation of spiral galaxies”, this cosmological background is sensitive to contamination such as obstruction of the Milky Way. Nor can it show how these anomalies have varied over time. Which had cast doubt on this observation. Until now…