Home Entertainment Has Rare Everwild Rebooted Its Development? Xbox Clears It Up 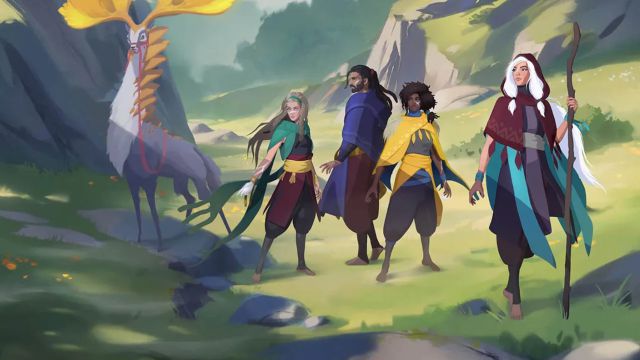 Everwild: After the departure of the creative director of the project, some media pointed to a drastic change in approach. The creators of Banjo & Kazooie and Sea of ​​Thieves, among many other video games, are already working on their new intellectual property. Rare presented Everwild as a colorful adventure full of creatures and nature, but reports of problems in the development were not long in coming, especially after the departure of Simon Woodroffe as creative director. Some voices recently assured that the project had been restarted, although Matt Booty, head of Xbox Game Studios, has stepped up to clarify that perspective.

He did so during his appearance on Kinda Funny Gamecast, where he commented that it seems “extreme” to use the word “reboot” in this case: “When you see it from the outside, when you hear the word ‘reboot’ or perhaps ‘restructuring’ , I have to say that those [terms] are possibly a bit definitive, a bit extreme “if we compare it” with what really happens “with the video game.

What happened to Everwild?

Booty quotes Mark Turmell, the creator of NBA Jam, to recall a few words in which he commented that in a game many small decisions are always made. “Hundreds of little decisions are made every day” that are added to the game. “I think that’s where the Everwild team is at right now.”

In his words, the studio “is trying to ensure that they have something special on their hands. We have shown an outline of the world and the artistic style, but we want to do it well. “He stresses that it is” natural “for the team to make changes because it is part of the creative process.

Everwild still has no release date, but at the time it was announced that the game would also be available on Xbox One. At the moment Microsoft has not informed about the fate of this version, but what is clear is that the title will be released in Xbox Series X, Xbox Series S and PC.