Home Entertainment Harvestella is a new role—playing game in the genre of life simulator,... 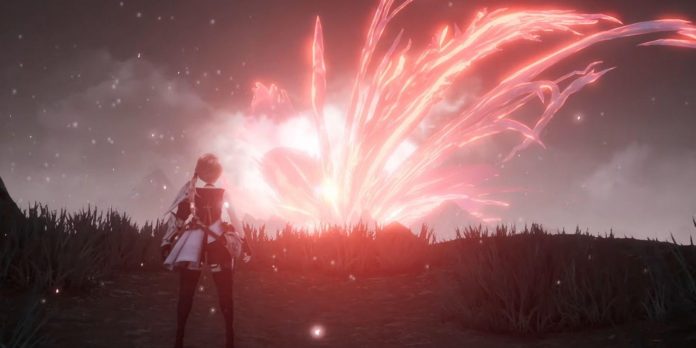 Farming simulation games have become a popular subgenre for many players who are looking for a more laid-back experience. Franchises such as Harvest Moon and Story of Seasons have become a mainstay of the gaming industry, and modern games such as Stardew Valley continue to receive critical acclaim. However, recently, more games have appeared in the classic genre that seek to break the patterns of the traditional farming formula, for example, series such as Rune Factory bring fantasy. During today’s Nintendo Direct, Square Enix introduced Harvestella as a farm simulator imbued with a recognizable juggernaut JRPG style.

At the last Nintendo partner exhibition, many major announcements of upcoming games were presented. Major gaming products such as Portal and Nier Automata have been officially announced for the console, and long-standing rumors that the Persona franchise will finally move to Switch have been confirmed. However, Nintendo’s biggest discoveries were just some of the huge list of games showcased, and Square Enix’s Harvestella hopes to bring a unique twist to farming simulators inspired by Square.

The reveal of Harvestella introduces players to the quaint village of Summer, and the trailer introduces players to aspects of the simulation of life in the game. In addition to farming, Harvestella has cooking and crafting mechanics, and players can also go outside the village to fight monsters and collect materials. Where the game deviates from most casual farming simulators, there comes a “season of death” called Quietus, which brings death to crops and threatens the lives of villagers. At the conclusion of the trailer, the release date of the game was indicated, and Harvestella should be released on November 4.

While aspects of the simulation of life in the game will play an important role in the gameplay of Harvestella, the trailer also showcased many different elements related to combat in the game. Harvestella Combat will feature a magic system in which the player character performs several elemental attacks, as well as briefly teasing a boss battle in his own arena. Harvestella’s visual style, especially in parts of the Quietus trailer, seems to be heavily inspired by Square’s signature darker detailed aesthetic, often used in Final Fantasy.

The release of Harvestella in November falls on a busy season of role-playing games for Switch: several major games are planned to be released this fall. Along with the previously mentioned announcement of Persona 5 Royal in October, Square Enix’s Dragon Quest Treasures is also due in December. The 2022 holiday season also includes a major RPG release from Nintendo themselves, where Pokemon Scarlet and Violet are due to debut towards the end of the year. Harvestella will look like a unique Square-Enix farm simulator game when it comes out this November.

Harvestella is scheduled to be released on November 4, 2022 for PC and Switch.

Will Abby appear in The Last of Us Part 1?