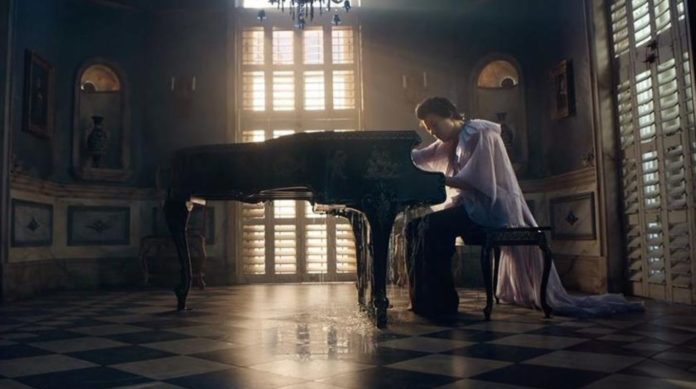 The singer broke the hearts of his fans with his new video.

Harry Styles continues with the promotion of ‘Fine Line’, his second solo album, which already managed to sell a million records and was certified as platinum.

Favorite picture from the Falling music video ? Here’s mine. pic.twitter.com/V4dLuBt9F2

Recently, the British revealed the video of “Falling” , adding 3 singles before starting their “Love on Tour”. We tell you the theories that awakened one of his most emotional videos so far.

Harry released a video with one of his most painful subjects, as the lyrics portray a person’s suffering after a loving separation, after publication, the Harries shared various theories .

The windows opened in the Falling music video and y’all THEY’RE IMPLYING THAT HE’S IN PARIS I DON’T KNOW WHAT TO SAY pic.twitter.com/Ufqd9Xrqk3

Shadowhunter character? Some believe that the singer was inspired by “Julian Blackthorn”, because he has an affectionate, gentle, patient and sweet personality, something that would describe the British way of being.

Another of the theories is that Harry was inspired by the bad moment he went through when he had a romantic break with the model Camille Rowie , who is of French origin, because in the scenes, it is appreciated that one of the windows of the room has a Panoramic view of the Eiffel Tower.

However, the element that has most caught the attention of fans is the presence of water in the room where Harry appears decayed, playing a piano and ends below it. The Harries believe that it is a kind of metaphor, because at some point, the singer went through a difficult time, the pain surpassed him and he drowned in tears and despair.

Finally, some fans still believe in the bromance of Harry and his former partner Louis Tomlinson, and believe that the reference to Paris is by one of the anecdotes that lived as groupmates, although this is only an assumption by some girls who They continue to support their careers as soloists.