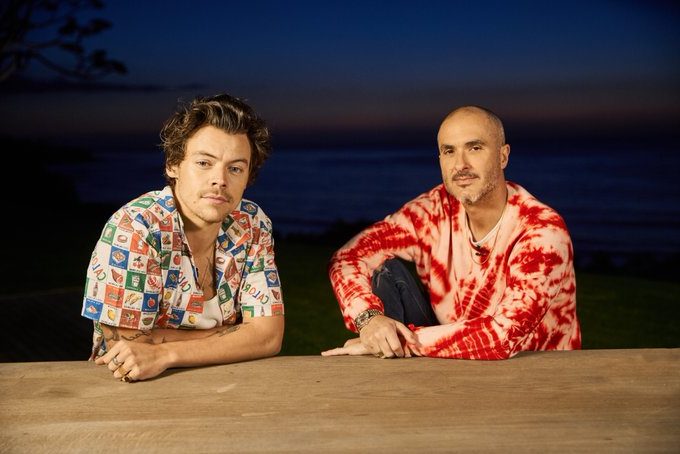 Harry Styles released a song called “Watermelon Sugar”, an English expression used for heroin, and agreed to talk openly about drugs in an interview for “New Music Daily with Zane Lowe.” He said he only tried these substances when One Direction came to an end. While in the boyband, he respected his work very much and was afraid to spoil it.

“I felt that One Direction was so much bigger than any of us, so I didn’t want to be the one to ruin everything. When it was over, I thought, ‘Now is the time in my life when I probably go out, experiment, do it… that’s what you do with friends.’ I used to think, ‘I won’t be the one to mess it up,’ ‘I’m not going to do any of it,’ ”he said.

We took an afternoon and got into it all. Watch and listen to my conversation with @Harry_Styles tomorrow from 9am LA 12pm NYC 5pm LDN on @AppleMusic #HarryStyles #FINELINE pic.twitter.com/jY0hlTYA3J

The singer is subtle when approaching his current relationship with drugs. Only quotes mushrooms in your speech, for example. “Making this album, I felt much, much happier. I was with my friends in Malibu… I felt so safe. It was like ‘want to take mushrooms? I’ll take some. Now is the time for a good time ‘. We were in Malibu, we are 24 years old, ”he said.

Lupine: the robbery scene really shot at the Louvre?