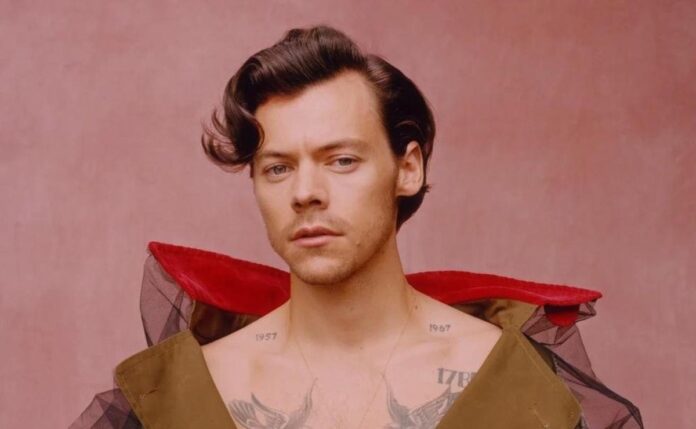 The first teaser for Treat People With Kindness was recently revealed as a result of an internet leak, confusion and excitement from fans set in.

The Fine Line era might not have come to an end with the Golden clip as we all believed, a mistake unveiled Harry Styles’ plans for his next music video. We tell you how this production will be and some details about its premiere.

The British singer’s VEVO account updated its contents with the publication of a first teaser for what we will see on Treat People With Kindness, however, everything indicates that it was an accident due to the clip being instantly deleted.

WHAT WE WILL SEE IN THE NEW HARRY STYLES VIDEO

The teaser revealed black and white scenes where we see Harry on a table during a gala event, the setting has a challenging style that perfectly complements the tones for the edition, but other details stood out in the eyes of the fans.

Actress Phoebe Waller Bridge appears dancing alongside the Adore You performer as the song Treat People With Kindness plays in the background.

The clip did not reveal the release date for the music video and, although it was deleted from the singer’s account, this moment touched everyone who is looking forward to more releases by Harry Styles.

We recently told you some details about how this singer’s life was before he became a star of music, know the details in Nación Rex.