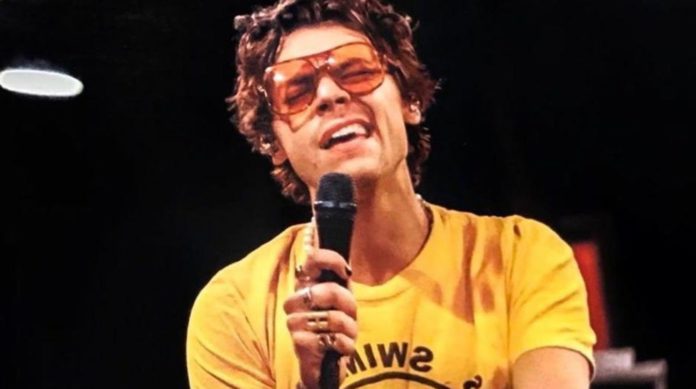 The Briton is preparing something and his fans no longer know what to believe, because a few days ago they thought it was ‘Falling’.

Harry Styles is in Los Angeles for his presentation at the “Planet Pepsi Zero Sugar,” a pre-Super Bowl concert where Lizzo will also be.

However, it seems that the singer is taking advantage of his stay to prepare some mysterious projects and his fans have already started with the theories.

A few days ago, several videos of a recording set circulated on social networks where it seemed that the British was recording the video of his song “Falling”, one of his most emotional songs from his album “Fine Line”, but it seems that I try to mislead your fans.

Recently, some photos of the singer were leaked on the beach of Malibu surrounded by several models of different physical features, he also held a huge watermelon while running and playing with the extras in the middle of the sea, fans immediately related the recordings with “Watermelon Sugar” , the second single from his album.

The rumors increased after they shared several videos and it seems that Harry is preparing a vintage video to continue promoting his album, although the Harries no longer know what to believe, because a few days ago they filmed what they thought was “Falling” , I do not know He knows if they will be official videos or just some visuals for his next “Love on tour” tour.

What do you think? Harry has already released the “Kiwi” video and sweet watermelon may not be the exception.

Alexis Ren In The Shower: Surprise With The Selfie!