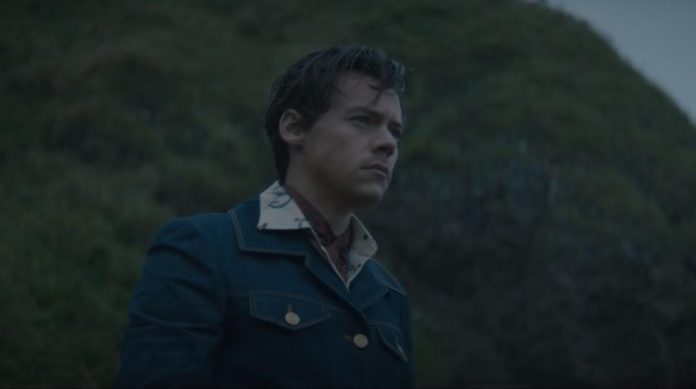 There are 11 days left until the launch of “Fine Line” and Harry Styles finally revealed the whole story behind the mysterious island called Eroda.

That place that provoked thousands of theories by fans will be the main stage for Harry’s new single and through social networks, the singer has already published the official trailer of “Eroda”. We tell you all the details.

“Eroda” was a creation of Harry for the release of “Adore You”, which will be released on December 6. The island is a shady place where people tend to frown all the time. However, he is the only “abnormal”, because he is always smiling and people move away from him as if it were a phenomenon.

The trailer shows that the singer is left alone and goes to the sea with the intention of sinking and disappearing from that place, until he finds a fish that is also lost. Apparently, the story will continue this Friday with the official video.

And although the existence of “Eroda” has already been resolved, fans continue to create new theories around the story of “Adore you”, because they believe that Harry may have suffered some kind of rejection or difficult times during these years, they also believe that the fish found are themselves, because the cover of “Fine Line” was made with a “fisheye” lens.

Some Harry believe that the island represents the music industry or the prejudices of society, something that the singer had to face while discovering who he really was to show himself as he is.