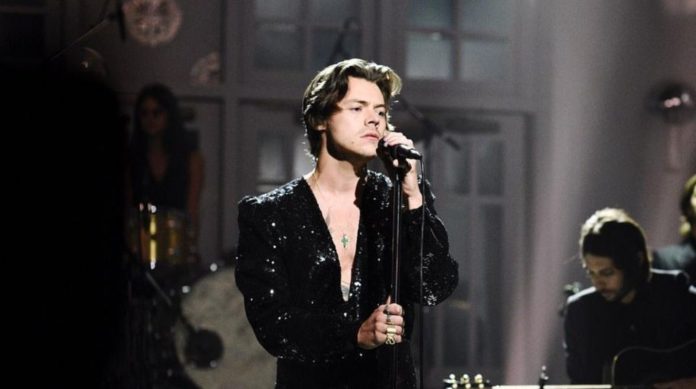 Harry Styles is weeks away from releasing his second album “Fine Line” and seems to have found a very random way to promote his new music.

After his participation in “Saturday Nigth Live”, the singer will make another fun performance by James Corden, conductor of “The Late Late Show”. The Briton stopped the Los Angeles traffic to sing some of his hits live. Look at everything he did.

The singer also performed “Lights Up” and “Watermelon Sugar”, the two main singles of his new album. His performances are being accompanied by dancers as if it were a great street musical work. It is not yet known when the episode will come out. James and Harry also handed out flyers to promote their “show.”