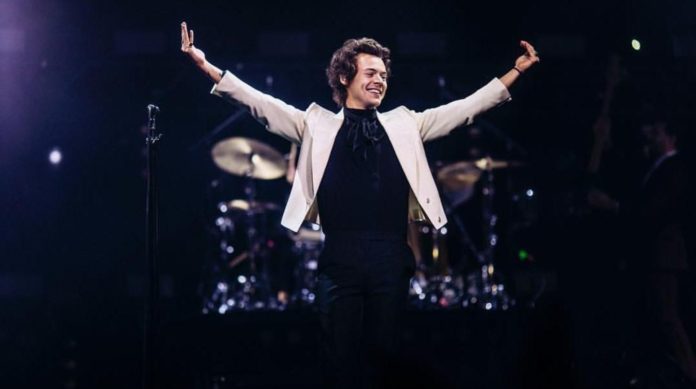 Harry Styles is unique in his musical style and his way of dressing and his fans know it; However, it seems that the singer proves that the theory that in the world we have about 7 people very similar to us is true.

The British worked in a bakery before auditioning in The X Factor and rising to fame with One Direction, if his destiny had been another, perhaps he would be the boy in charge of delivering your coffee, What? We tell you what it is about.

In social networks, a video that was taken from TikTok circulates , a user was surprised when it was for his usual drink in Starbucks ; However, he was surprised when the barista turned out to be Harry. The girl was so surprised that she decided to record and publish the video on the Internet.

The boy named Sean wore a hairstyle very similar to Harry, the girl asked him if it was him, apparently he is already used to being confused, because he just smiles. Some users also found him similar to actor Dylan O’Bryan.

Do you think they look alike? The Harries made a comparison with the singer and the barista, both looking slightly similar with their hair up. It’s not the first time they’ve found a Harry Styles twin . Nick Jonas already did it when he published a photo of his brother Nick, there was a waiter very similar to him in his time as One Direction.

Harry is missing only 5 people to find his 7 twins.

Harry styles… is that… you? pic.twitter.com/xagST4jhPm

Elizabeth II cancels all her commitments because of the Covid-19