Home Celebrity Harry Styles celebrates his birthday, this was his rise to fame 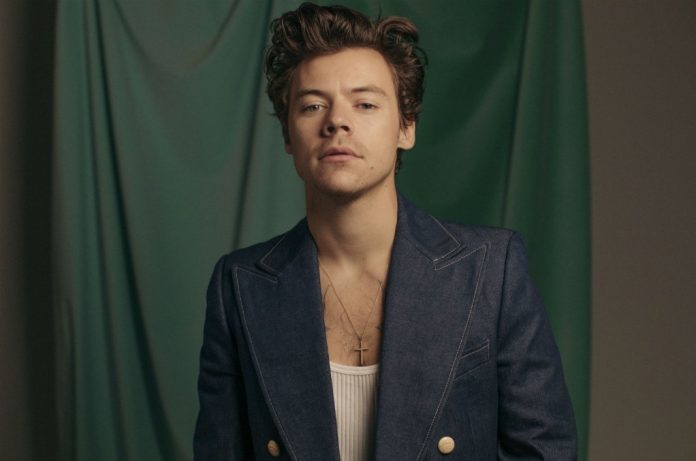 The British star and fashion icon is celebrating his birthday, the Harries have shown all their support and love for the singer on his special day.

Harry Styles is celebrating his 27th birthday, the singer, actor and Gucci model has begun to consolidate his career as a soloist in the rock scene, this was his path to fame.

The native of Holmes Chapel , in the city of Cheshire was born on February 1, 1994, is turning 27 years old and has known fame since he was 16, his family consists of his sister and mother, Gemma and Anne , in addition to his stepfather Robin, who passed away a couple of years ago.

Through social networks, the Harries positioned the name of Harry Styles in a trend in order to share congratulatory messages for the singer, who apparently is celebrating his birthdaywith work, as the recordings of his recent film continue, they also published photos, videos and edits to show his love on this special day. Harry Styles’

career has different stages, each with a professional and personal meaning, although it was his mother who signed him up to audition for The X Factor England, his destiny had a great path prepared for him, his solo audition was successful, but he competed next to his companions of One Direction, band that was the beginning of his fame.

His first steps in music was with his teenage band “White Skimo”, he was the vocalist and although they were not professionals, they did manage to win a band contest, but he had to leave his dream behind after attending the survival show that his signature destiny as a singer.

In 2010 he managed to become a participant of The X Factor, although he was about to lose his opportunity after failing the individual rounds, he managed to stay in the competition when he, Louis, Zyan, Niall and Liam became a quintet that reached the third place in the final, but the popularity and chemistry they created from the reality show allowed them to record their first album.

Since 2011, Harry Styles’ life changed forever, as the album “Up All Night” was the beginning of a five-year career with One Direction , # 1 albums, millions of sales, world tours and even a movie. It was in 2017 when he jumped with his solo facet, with a ballad entitled”Sign Of the times” with which he made it clear that his image and boyband style was left behind.

Since then, he has released two solo albums, with “Fine Line” being the one that has consolidated his career, earned 3 GRAMMY nominations, achieved his first # 1 on Billboard with Watermelon Sugar and proved that the British rock star still has a long way to go. way to go

In addition to his songs with One Direction and solo, the Briton has some songs that he composed, but that he has never revealed commercially, he knows his unreleased songs.