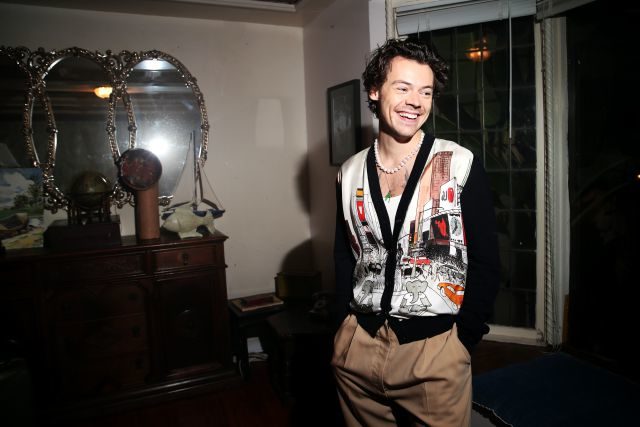 Harry Styles has just released Fine Line, his second solo album and that is why lately, we keep hearing his name. Good because he meets some of his ex, good because he talks about his sexuality. Yes, it has. A journalist from The Guardian has asked him about this issue that has always sparked an unanswered debate and has given an explanation.

Since One Direction ceased to be a group, Styles focused on his solo career that has little to do with what he did with his teammates. He has changed not only his musical record, but also his style. Fashion headers are delighted with him and the game he gives.

He takes care of the detail of his wardrobe that has evolved into an ambiguity that makes him adopt proposals that many would associate exclusively with the feminine sphere. That has sometimes generated doubts about his sexual condition. If we add to that the constant support it shows to the LGTBiq + community, the rumors are served.

“What women use. What men use. For me it’s not about that. If I see a nice shirt and they tell me: ‘But it’s for women.’ I think: O Okaaaay? ’. However, it doesn’t make me want to use it less. I think that the moment you feel more comfortable with yourself, everything becomes much easier, ”he reflects in the interview about his way of dressing.

As for his sexuality, he has assured that “it is not as if he had an answer that I protect and retain. It’s not the case of ‘I don’t tell you because I don’t want to tell you’. No, it’s like ‘oh, this is mine and not yours’. It’s like ‘who cares? Does that make sense? ’” He explains.

But the truth is that his way of dressing, or the cover of his new album with the colors of the transsexual flag make many wonder. “Am I wasting sexual ambiguity to try to be more interesting? No, ”he remarks.

Once the interview was over, the journalist asked him if any issue had bothered him and the issue of sexuality came to light, although he clarified that “this is a job where you can be asked. And complaining about that, saying that you hate him and continuing to do the job, is silly. You respect that someone is going to ask. And you expect them to respect that they may not get an answer. ” So, the doubts are still there. And we must recognize that ambiguity is very good for him.