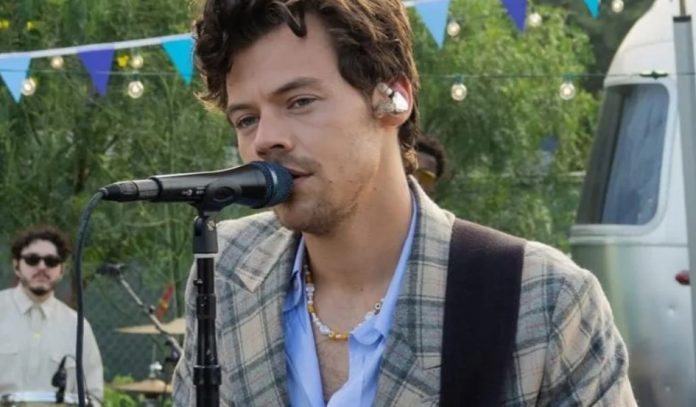 They have been together for a few weeks.

We have our first celebrity couple that we hadn’t seen coming. But really not at all! According to Page Six of the New York Post , supporting photographs, Harry Styles and Olivia Wilde are in love. Yes Yes. Not only have they been together for several weeks, but they are already going to a wedding hand in hand. Not theirs, but that of Jeff Azoff, the manager of the former One Direction .

Harry Styles and Olivia Wilde: love at first sight on a shoot?

“They were very affectionate towards each other, they looked very happy,” said a witness. Where, when, how did they meet? It’s very simple: Harry recently starred in the new film Olivia has just directed, Don’t worry, darling . Love at first sight and consequences … They are now inseparable .

Harry Styles, 26, has been single for several months, he had not been seen in charming company (except that of his great friend Adele ) since his breakup with Camille Rowe in the summer of 2018. As for Olivia Wilde , 36 years old , she separated last year from Jason Sudeikis, after nine years of relationship and two children.

See Also
Did Harry Styles and Olivia Wilde flirt before the breakup?