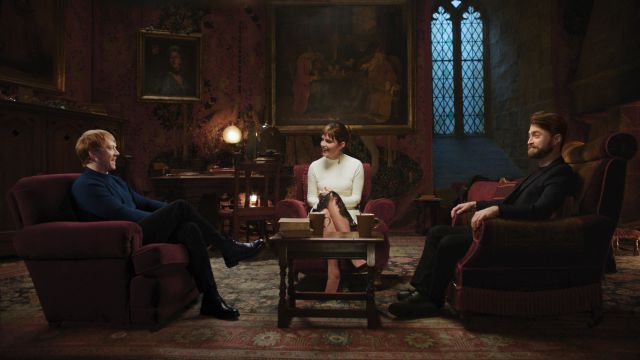 Harry Potter: The final trailer for Harry Potter: Return to Hogwarts is a nostalgic reunion for lovers of his universe. Premiere January 1, 2022 on HBO Max. HBO Max is preparing the premiere of an essential special for lovers of magic and sorcery. Harry Potter: Return to Hogwarts will reunite some of the most beloved members of the cast in celebration of the 20th anniversary of The Philosopher’s Stone. Its final trailer reveals the emotions of the actors themselves as they meet on a stage that changed their lives. You can see this advance in the header of this news.

Return to Hogwarts, the start of 2022 for HBO Max

The audiovisual platform will premiere the special on the same day, January 1, 2022, that is, as soon as the next course starts. Daniel Radcliffe, Emma Warson and Rupert Grint head a list of performers and directors who will come together to celebrate the Harry Potter franchise.

All eight films in the series on the big screen are available on HBO Max for all its subscribers.

2022 will be a relevant framework for lovers of his universe. On April 8 we will see the premiere of Fantastic Animals: The Secrets of Dumbledore, the third film in this saga as a prequel. Greenwald’s armies will be strengthened as the Muggle world heads into a conflict that will mark the fate of wizards and non-magical beings. It will also not overlook the release of Hogwarts Legacy on PS5, PS4, Xbox Series X | S, Xbox One, and PC, which will explore the wizarding world from a playable perspective.

Everything You Missed in The Boys S3 Episode 7