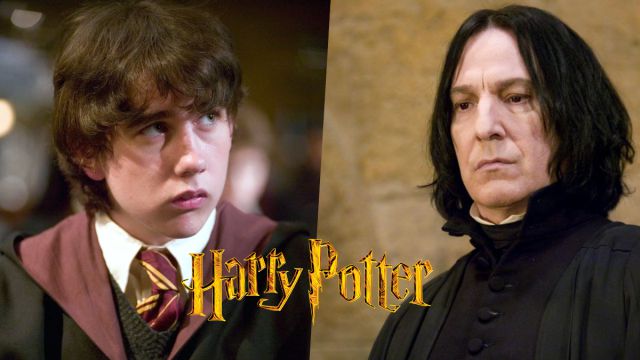 Harry Potter: The actor who played Severus Snape in all eight films in the series passed away from cancer a few years ago.Matthew Lewis was Neville Longbottom in the Harry Potter cinematic universe, and although it has been almost a decade since the release of the last film in the main saga, the actors continue to talk about the experience of him. Lewis has participated in the podcast of Michael Rosenbaum (Lex Luthor in Smallville) and has shared a beautiful anecdote with Alan Rickman, the interpreter who put himself in the shoes of Severus Snape, and who unfortunately left us only a few years ago.

Lewis says that just as the production of Harry Potter and The Deathly Hallows was about to conclude, the actor went to Rickman’s dressing room and said: “I know it’s your last day and I wanted to comment that the fact that to have worked with you for so long has been incredible ”. He communicated that he knew they hadn’t talked too much, but that he didn’t want to miss out on the opportunity to pay her the compliment. “Thank you for letting me work alongside you for 10 years without yelling at me or threatening any of us.” He considers that he treated them “as equals.”

Alan Rickman, on his side, told him to come in, poured him a cup of tea and they chatted about what he was going to do with his career. So the youngest actor asked for recommendations for his future professional career.

For Rupert Grint, working on the movies became “stifling.”

A decade working on the same project can burn anyone, something that happened to Rupert Grint, the actor who played Ron Weasley, Harry Potter’s best friend. In an interview with Amchair Expert, he acknowledged that there was a time when it was suffocating because he was “very heavy” repeating his performance as Ron every day and for 10 years. Of course, he described his stay at Hogwarts as “a great experience”, as his work environment was ideal. “It was always the same team we grew up with, a good place to be.”

The saga may have ended in the books, but the movies are still hand in hand with the spin-off Fantastic Animals.

Sandman Creator Neil Gaiman Talks about The Biggest Payoff from the...

The Patriot Of The Boys Is Arrested In Alicante For Assaulting...