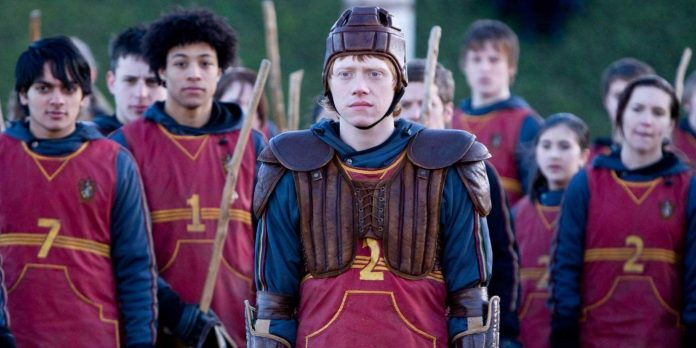 The two governing bodies of the professional sport of Quidditch, a sport inspired by the Harry Potter novels, have officially changed their name, pointing to the author of Potter J. Rowling’s political position as part of the reason. The popularity of the Harry Potter franchise has been untouchable for many years: all seven books have become bestsellers, all eight films have become box office hits, and the addition to the theme park “The Magical World of Harry Potter” has become a draw for Universal Studios. In addition to the franchise’s impact on the world of pop culture and the financial assistance it has provided to Warner Bros. Discovery Over the past two decades, the world of Harry Potter has also spread to the real world with several Quidditch leagues such as the USA. Quidditch and Major League Quidditch, formed back in 2005.

At the same time, while the Harry Potter franchise has mostly flourished in the decade since the film series ended in 2011’s “Harry Potter and the Deathly Hallows: Part 2,” recent interest in the series has waned due to an understanding of Rowling’s own beliefs. Recently, Rowling’s social media has attracted attention to her anti-trans views, as the author often perpetuates stereotypes and promotes profiles of other transphobic figures on the Internet. As a result, many LGBT+ Harry Potter fans have abandoned the franchise, and this negative reaction is apparently one of the reasons why Potter’s latest spin-off, Fantastic Beasts: The Secrets of Dumbledore, did not hit theaters this spring.

Now, according to an NBC News report, the governing bodies of Quidditch USA and the Major Leagues have confirmed their previously announced plans to change the name of the sport in order to distance themselves from both the Potter series and Rowling. The new name of this sport, called quadroball, appeared not only in opposition to Rowling’s “anti-trans position” in recent years, but also in response to the use of the Potter trademark, which makes it difficult for leagues to find proper sponsorship and broadcasting. The announcement also mentions the news that the International Quidditch Association will also implement this name change worldwide.

Since its inception as a college sport in Vermont, Quidditch, which became quadball, has been a favorite extracurricular activity at universities across the country. This is not only because it uses the stilted Quidditch game, which seemed too fantastic to be true when seen in the film, but also because of its lower stakes and less masculine antithesis to other organized sports. Thus, the decision to use quadball instead of its current name reflects the belief that this sport should be associated with fun activities and sportsmanship, and not with the delicate themes surrounding the ultimate creator of this sport. The use of the quadball also serves as an attempt to limit Rowling’s influence and reach, as well as circumvent the messy separation between art and artist that has dogged Harry Potter talk for years.

After legislation against transgender people appeared in several US states, this move by these quadrobol associations is decisive, which reflects both the changing scale of political discussions around the world and the growing efforts to condemn transphobia before it becomes serious. Influence on the well-being of transgender people. Rowling may still have millions of dollars, but any opportunity to talk about the consequences of her conflicting beliefs is good. So this is an encouraging sign that these quadball associations have made a wise choice, thinking more about their own independent activities in the future than about any connection with Rowling or Harry Potter, and hopefully this decision will be successful for them.

The Pokémon Company Helps Those Affected By The Invasion Of Ukraine