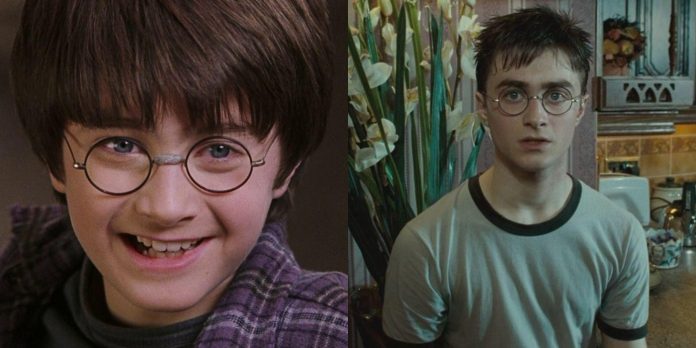 Generations of people have grown up on Harry Potter, and the Fantastic Beasts movies, including the recently released Secrets of Dumbledore, keeps the magic alive. For lovers of the original series, Harry was a brave and loyal hero, but it’s his wisdom that’s often underrated.

He obviously matured earlier than his peers because of the trials and tribulations he had been through since he was a baby, and this imparted him with the gift of sagacity and perception like no other. The Boy Who Lived had quite a few nuggets of wisdom, which were obvious in his dialogue and dealings with people around him.

The friendship between Ron and Harry was a solid one — mostly because Harry could accept that Ron could have a difference of opinion with him. He could have severed ties with the second-youngest Weasley after he abandoned him and Hermione in their hunt for horcruxes, but Harry understood the many factors that affected Ron at the time.

He really understood the essence of Dumbledore’s thinking, who was a great wizard, when he recognized that his friend would always return to him, which was more important than his leaving.

Harry Knew The Power Of Love

“You’re The One Who Is Weak. You Will Never Know Love Or Friendship. And I Feel Sorry For You.”

Voldemort’s costliest mistake was underestimating the raw power that love had in the wizarding world, which he thought was a farce. Harry had been granted life as a result of the deep affection his mother had for him, so he knew that without his friends and family, he would have gotten nowhere.

Having followers was never enough to gain victory, which was the Dark Lord’s error. Harry respected and revered his valuable bonds, which made him stronger.

Harry’s Sacrifices To Protect His Own

“It’s Been Like…Like Something Out Of Someone Else’s Life These Last Few Weeks With You. But I Can’t…We Can’t…I’ve Got To Do Things Alone Now… “

Full quote: “… Voldemort Uses People His Enemies Are Close To. He’s Already Used You As Bait Once, And That Was Just Because You Were My Best Friend’s Sister. Think How Much Danger You’ll Be In If We Keep This Up. He’ll Know, He’ll Find Out. He’ll Try And Get Me Through You.”

Sacrifices were a big part of Harry Potter, and the titular character, despite being in the throes of passion with Ginny, knew that he had to give up a relationship with her to keep her safe. It would have been easier for him to stay with her, but he did the difficult thing to keep her out of harm’s way.

This kind of selfless thinking was what made Harry so unique, and so fit to be the Chosen One to bring Voldemort down. He had the kindness and correct judgement that few others did.

Harry’s Wisdom About The Wand

“That Wand’s More Trouble Than It’s Worth, And Quite Honestly. I’ve Had Enough Trouble For A Lifetime.”

Becoming the Master of Death is no small feat, but Harry knew better than to get swept away with the influence of power. Harry Potter had the most powerful wand of all time, but he knew the domino effect his possession of it would cause in wizarding history.

Thus, with uncanny prescience, he decided to do away with the troublesome magical artifact for good, so that nobody else could come after him, or start any more wars to get a hold of it.

“Why Would I Go Looking For Someone Who Wants To Kill Me?”

Although Harry was known to go looking for trouble (usually to end it), this was the one time he had no inclination to do so. Before he knew about Sirius’ part in his parents’ story, he knew him as a murderer who betrayed James and Lily.

Very smartly, he didn’t think of a revenge plot or any other noble deed for Black — he just wanted to stay away from the alleged killer and live the rest of his life in peace, or at least as much peace as he could while he was still prophesied to defeat You-Know-Who.

“Yeah, You Can Have A Word. Goodbye.”

Whether it was a product of living with the Dursleys and putting up with bullies all his life, or just a keen sixth sense, Harry could discern a person’s intentions quite clearly at just 14 years old. He had heard about Skeeter and her underhand ways, and he was too intelligent to buy into her sweet talk.

He put the sneaky reporter in her place by being plain with her that he had no comments for her, or any help to give to her and her Quick-Quotes Quill.

Harry’s Could Understand The Gravity Of The Situation

“So That’s It, Is It? Stay There? That’s All Anyone Could Tell Me After I Got Attacked By Those Dementors Too!”

Full quote: ” … Just stay put while the grown-ups sort it out, Harry! We won’t bother telling you anything, though, because your tiny little brain might not be able to cope with it!”

In the later books and movies, Harry began to experience frustration at being treated like a child, but even there lurked his innate wisdom and intelligence. He was a young man tasked with a monumental task, and he had to know the extent of the truth in order to handle this duty.

He exploded on the Order when they refused to give him full information. He demanded to be told what concerned him and the Dark Lord, which was a smart thing to do because being informed is always better.

Full quote: “… Otherwise, you disgrace her. Otherwise, she died for nothing. Otherwise, the bowl will remain empty … forever.”

While Felix Felicis was a big part of Harry’s victory with getting Slughorn’s repressed memories, it was also his empathy and astute observations that helped him get the material he needed. He reminded Slughorn just how courageous Lily had been, and how he needed to be like her.

Slughorn had to grow past the shame and try to help Harry, which is what the teenage wizard nudged him towards. Harry’s clever use of persuasion and knowledge helped him get the Horcrux memories.

Harry’s Compassion Was His Strength

“I Won’t Blast People Out Of My Way Just Because They’re There. That’s Voldemort’s Job.”

Over the years, Harry had grown proficient in defense and offence, both, as a result of fighting Voldemort’s forces every year. He had the capabilities of a much older wizard, and even though he had the power to, he would never hurt people to get his way.

As he correctly noted, only weak-willed wizards like Voldemort blasted their way past people and their families to gain power. Harry knew his empathy was his superpower.

“Albus Severus, You Were Named For Two Headmasters Of Hogwarts. One Of Them Was A Slytherin And He Was Probably The Bravest Man I Ever Knew.”

It takes a big man to acknowledge their enemy’s strengths, and Harry was wise enough to understand that Snape, while extremely rude to him, was his ally. He had shown bravery like few others, and Harry could only vanquish the Dark Lord because of Snape’s sacrifices.

Harry tried to pass on this sage advice and facts to his son as well, so that he could understand and unravel the prejudices that he held when he was younger.

Aquaman’s new skin has been revealed!