Home Entertainment Harry Potter And The Philosopher’s Stone Returns To The Cinema In Spain:... 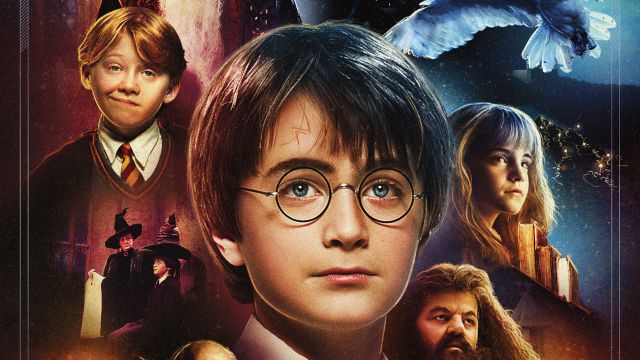 Harry Potter: The first film in the series celebrates its 20th anniversary with a temporary return to the big screen. Warner Bros. reveals when we can see it. Harry Potter and the Philosopher’s Stone is back. The massive film saga, the icon of an entire generation first in books and later in movie theaters, returns to the big screen this November to mark the twentieth anniversary of the first of the adaptations of J.K. Rowling.

Warner Bros. Pictures Spain has announced that next Friday, November 12, we will be able to attend the cinema again, as in 2001 all over the world (in Spain we had to wait exactly until November 30, 2001), to commemorate the film debut of Harry Potter.

To celebrate this event, the distributor has published a 20th anniversary poster of Harry Potter and the Philosopher’s Stone, starring Daniel Radcliffe, Emma Watson and Rupert Grint with an unprecedented clothing in this type of adaptations. In total, eight films to tell us the seven books. Harry Potter and the Philosopher’s Stone had a budget of 125 million dollars, but its success resulted in no less than 965 million dollars in collection, the second best figure in the entire saga.

More details will be given shortly about the cinemas that will broadcast the film again, times and effective dates of its projection.

Harry Potter and the Philosopher’s Stone, the beginning of everything

For the uninitiated, Harry Potter and the Philosopher’s Stone tells us the origins of that young orphan boy, raised by his uncle Vernon and his aunt Petunia, who make life quite complicated for him. From a very young age, he has always been told that his parents died in a car accident; however, the reality is not exactly that.

On his eleventh birthday, Harry is visited by a giant named Rubeus Hagrid and reveals that he is, in fact, the son of two powerful wizards and that he also possesses great powers. Once he agrees to study at Hogwarts, the famous school of wizardry and wizardry, he begins an adventure like no other full of friends, enemies, quirky teachers and mysterious situations. What about the philosopher’s stone?