Home Entertainment Harrison Ford Is Injured While Rehearsing A Fight On The Set Of... 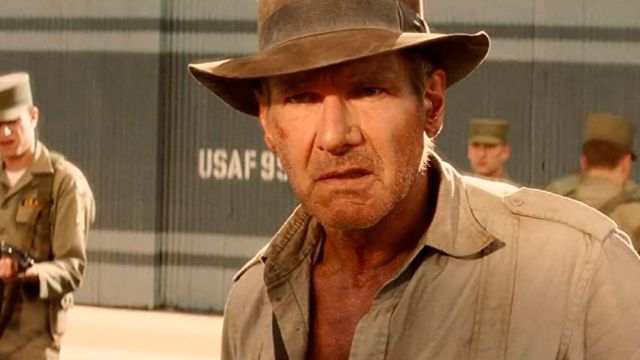 Harrison Ford: The famous 78-year-old actor injures his shoulder; the production he will continue in the United Kingdom with other scenes until his full recovery. Harrison Ford, the famous Hollywood actor who at 78 is currently filming the fifth installment of Indiana Jones, has injured his shoulder in a rehearsal of an action scene from the new film by director James Mangold. This is how the Deadline medium collects it, ensuring that the production in the United Kingdom is not in danger and that it will continue with other scenes while its protagonist recovers.

Harrison Ford appears to have injured his shoulder while taking part in a scene in which his character, the famous archaeologist, was involved in a fight. Due to such an unfortunate situation, the production will change its immediate plans to advance shots and scenes in which Ford did not plan to participate, waiting for the star of the film to fully recover to continue with his participation.

“During the rehearsal of a fight scene, Harrison Ford injured his shoulder. The production will continue while the correct treatment of the injury is evaluated, in such a way that the filming schedule will be remodeled in the coming weeks ”, we can read in the official Disney statement.

Recently we could see the first leaked photographs of the shooting of Indiana Jones 5 (working title) with Harrison Ford himself characterized as Indy. The filmmaker James Mangold directs this new installment that is expected to be the last in which Harrison Ford participates, who will turn 79 next April. The cast is completed by Phoebe Waller-Bridge, Mads Mikkelsen, Boyd Holbrook, Shaunette Renée Wilson and Thomas Kretschmann.

Indiana Jones 5 is scheduled to hit theaters in July 2022.