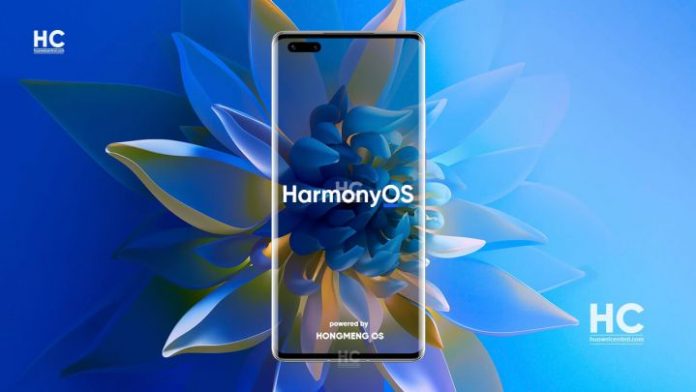 HarmonyOS: Today, June 2, is the day the Chinese brand established its new OS. And today is when Huawei has organized an event to present the official premiere of HarmonyOS. The operating system is now available for download, although it seems that for now the premiere has been local and is only available in China, with the company’s idea of ​​expanding it to the West in the coming months.

However, if you want to check if you have the update available, you just have to open the Mi Huawei app to check it. And have one of the current phones compatible with HarmonyOS, which at the moment are the top of the range of the company such as:

It is not a substitute for Android

According to Huawei itself, HarmonyOS “does not intend to replace Android or iOS”, rather its application has a greater scope, since it not only powers phones and tablets, but an increasing number of smart devices. To do this, Huawei has tried to attract hardware and appliance manufacturers to join its ecosystem. In fact, the HarmonyOS code has been open since last September to help external developers to program for tablets, smartwatches and even the company’s electric vehicles.

To date, “more than 500,000 developers are creating applications based on HarmonyOS.” It is not clear if Google, Facebook and other conventional applications in the West are working on versions of HarmonyOS, but what is confirmed is that installing the operating system will not give you access to Google and Android apps such as Gmail or Google Maps.

Some Chinese tech companies have responded to Huawei’s call. Smartphone maker Meizu hinted on its Weibo account that its smart devices could adopt HarmonyOS. It should not be forgotten that, although the veto made it lose% of sales in western markets, Huawei is still one of the largest mobile phone brands in China.

It’s not Android either
To the doubt of many, Huawei has denied speculation that HarmonyOS is a derivative of Android and said that “no line of code is identical to that of Android,” although it should be noted that a Huawei spokesperson declined to say whether the The operating system is based on Linux, the kernel that powers Android. So this question remains in the hands of those Internet experts who will disassemble the base code of the OS as soon as they can to see if it is true.

What’s new?
DsoftBus
One of the novelties of the system announced at the event of the Chinese brand has been DSoftBus, an element that allows consumers to connect to different devices according to their needs, such as controlling the cameras of multiple devices.

Control Panel
Huawei has also introduced the HarmonyOS control panel, which facilitates the creation of new functions on devices, such as through the music ‘widget’ compatible with external devices and which shows those that are connected faster than current solutions, according to the company, creating what it calls a ‘super device’.

Interactions between systems
The new operating system improves the interaction options between the mobile phone and the computer, and prevents users of smart home devices from having to use several different applications and control ovens and refrigerators from their mobile, for example.

New home screen
The system’s home screen is also renewed with the option of holding down an ‘app’ to show the main information about it, and options such as configuring one screen for entertainment and another for productivity, among others.

Atomic Services
Other functions are smart files that show their content from the outside, or ‘atomic services’, the possibility of accessing devices configured as a ‘super device’ to run applications installed on the mobile from a tablet, or send news links without downloading other ‘apps’.

Better performance
HarmonyOS optimizes its internal framework and provides a performance improvement over its Android-based EMUI customization layer. When storage is nearly full, performance drops 4.5 percent, compared to 75 percent for iOS, according to data from Huawei.

DGraphicEngine
The new system introduces DGraphicEngine technology, so that the graphics processing not only resides in the graphics unit (GPU), and also prevents the logic from interfering with the operation of other operations, to provide a more fluid experience and to be able to play games. video games up to 5.1 hours.

Steam to Celebrate the New Year Sale with Special Offers