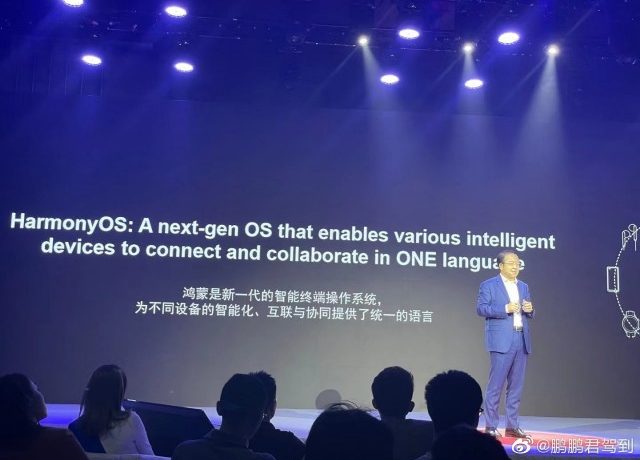 HarmonyOS 2.0 is still in testing phase. The HarmonyOS beta process, which is currently continuing with the P40, Mate 30 and MatePad models, will be completed soon. In addition, Huawei will allow older smartphone models to switch to HarmonyOS.

Huawei users are wondering when they can upgrade their smartphones to the new operating system. Wang Chenglu, Head of the Consumer Business Group of the company, clarified this issue. Speaking at the TEDx conference held in China, Chenglu made an exciting statement about HarmonyOS 2.0.

Expected announcement for HarmonyOS 2.0 has arrived

Wang Chenglu announced that until June 2021, many Huawei-made phones will switch to HarmonyOS 2.0. Chenglu said that the operating system will not be limited to smartphones. He shared the information that other devices in Huawei’s IoT ecosystem will also host HarmonyOS.

Referring to the company’s 2021 goals, Wang Chenglu stated that he expects 300 million phones, tablets and IoT products to be operational with HarmonyOS by the end of the year. In addition to smartphones, the HarmonyOS operating system will be fully compatible with Internet of Things (IoT) devices, especially smart TVs, smart watches and cars.

Since releasing HarmonyOS 2.0, Huawei has yet to introduce an out-of-the-box phone with this operating system. According to a leak shared on the Chinese social media platform Weibo, the P50 will be the first phone that the company will offer with HarmonyOS preloaded.

According to some sources, Huawei will release the P50 series with Android and HarmonyOS 2.0 options. Huawei, which is expected to introduce the phone in the Chinese market only with its own operating system, is expected to include Android in the global market. The company will leave the choice completely to the user.

Unable to use Android and Google services due to the US embargo, Huawei did not only develop the operating system. It has also developed its own mobile services under the “Petal” brand name. Among the services the company has launched are Petal Maps, Petal Search and Petal Docs.

Expanding its product range with new services, the company develops two more services, Petal Mail and Petal Translate. These services, whose testing process continues, will soon be put into service together with mobile applications.

iPhone X: The high end benefits from a big drop of...