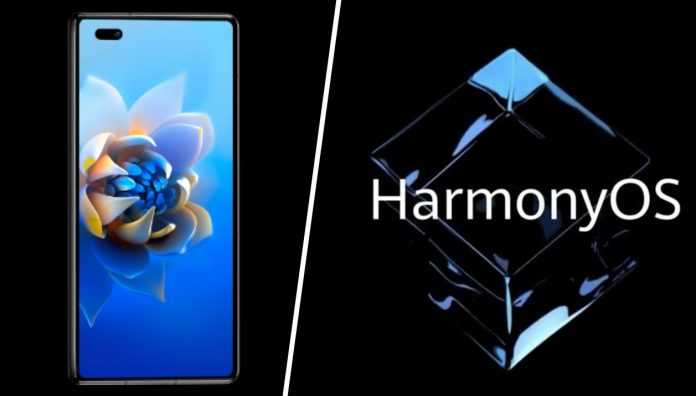 Wang Chenglu recently announced that many Huawei-made phones will switch to HarmonyOS 2.0 until June 2021. Expressing that the operating system will not be limited to smartphones, Chenglu; He shared the information that other devices in Huawei’s IoT ecosystem will also host HarmonyOS.

Shortly before the launch date of the new operating system, a video has emerged showing how the interface looks on the Huawei Mate X2.

The first thing that catches the eye is that there are many similarities with Android in how the notification bar and icons are grouped and how they look in the video. In addition, Huawei’s own applications such as Petal Search are expected to be included for global devices.

Huawei’s Calendar and Notes applications with the new operating system; swipe up or long press to get more information without opening that app; will have a widget that will allow it to be accessed. It remains unclear whether shortcut gestures will be used for tablets and foldable devices, or different paths for other devices.

Since releasing HarmonyOS 2.0, Huawei has yet to introduce an out-of-the-box phone with this operating system. According to a leak shared on the Chinese social media platform Weibo, the P50 will be the first phone that the company will offer with HarmonyOS preloaded.

According to some sources, Huawei will release the P50 series with Android and HarmonyOS 2.0 options. It is estimated that Huawei, which is expected to introduce the phone only with its own operating system in the Chinese market, will also include Android in the global market. The company will leave the choice completely to the user.

Unable to use Android and Google services due to the US embargo, Huawei did not only develop the operating system. It has also developed its own mobile services under the “Petal” brand name. Among the services that the company has launched are Petal Maps, Petal Search and Petal Docs.

Expanding its product range with new services, the company develops two more services, Petal Mail and Petal Translate. These services, whose testing process continues, will soon be put into service together with mobile applications.

Xiaomi Mi CC10 Revealed That It Will Support 120x Zoom