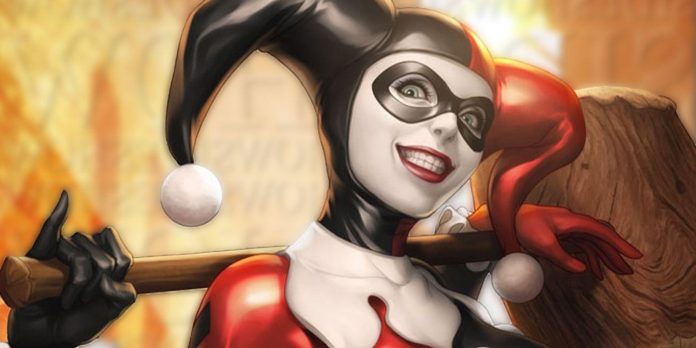 Harley Quinn’s famous antihero buffoon costume is officially back, and it shows how far she’s come since she left the Joker. When Harley Quinn first debuted in Batman: The Animated Series, she wore a costume that has since become one of the most iconic outfits in DC history. With a full body, referring to her Harlequin roots, the black and red outfit instantly made her recognizable as the Joker’s ally, and then his girlfriend. However, after years of struggling with the Joker’s abuse, she finally ditched him in the comics and left the clothes behind. The history of Harley Quinn costumes is complicated, but it says a lot about her.

After her departure, a freedom-loving version of the character appeared in Harley Quinn’s outfits. While the color scheme of red and black will remain unchanged for her, she will find that she wears different costumes, and also allows one feature that has never been shown before to fly freely: her hair. The most noticeable change in Quinn was the way she styled her hair to match her new outfits. From braids to hair dye, she has found many ways to change this so that no two encounters with her are the same. In addition to this, the change in clothing also led to a change in personality, as she turned from a villain into an antihero, especially after Harley began a romantic relationship with Poison Ivy.

In Dani Fernandez and Zoe Thorogood’s stunning story “The Hunt” DC Pride 2022, Harley and Ivy find themselves on a unique date in an isolated neighborhood where they play “Prey vs. Predator.” In fact, one of them needs to find the other and capture him in order to win. However, there is a moment when these two diverge… but they don’t know that. There is something in the forest, and it takes their forms. While Harley is dealing with her impostor, Ivy comes face to face with a fake Harley dressed in her old clown costume. Trying to tire Ivy out, the impostor Harley tells her things that take her by surprise, such as that she will never be loved, even by herself. In the end, the love between them conquers everything as they find each other and destroy the mimics.

What’s interesting about the return of Quinn’s classic buffoon costume is that it fits perfectly with Harley’s image, paralleling Ivy’s experience. The real Harley is the one readers have recognized now. She is more fun, freer and more flexible in her fashion sense. When it comes to her personality, there are no restrictions like when she was with the Joker. However, Harley the Fool is more like what she used to be. She is colder, bolder and wants to cut her ties with others. For her in those days, the Joker was all that mattered.

In a way, the return of the Jester costume is a brilliant way to confirm Harley’s interesting progress since leaving the Joker. She used to be so isolated and controlled, as evidenced by the way her whole body was wrapped in a bodysuit, her whole personality revolved around the Joker. As soon as she left and took off her costume, her personality became more free. Her ability to just be herself with Ivy is reflected in her new outfits that allow her to express herself. The parts that made Harley the way she is have a place to breathe. While the return of her buffoon outfit was an interesting look at the past, it also showed how Harley Quinn has changed now, and the changes her character went through before and after the Joker to become the beloved DC icon she is today.

TimeSplitters is Back: Deep Silver Confirms a New Game in The...

Physical Copies Of Halo Infinite Appear Ahead Of Time; Watch Out...