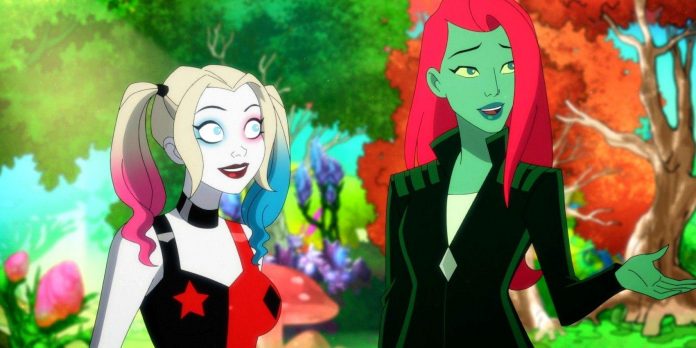 The 4th season of Harley Quinn has apparently been confirmed by HBO Max, although the 3rd season of the series has not yet finished airing on the streaming service. August was a mixed month for the newly created Warner Bros. Discovery. Despite the fact that only a few months have passed since its major merger, many changes have taken place behind the scenes of the studio, including layoffs in various divisions, as well as the strategy of the content they create for consumers. Last week, Warner Bros. Discovery has made a shocking decision to cancel Leslie Grace’s movie “Batgirl”, the filming of which has already ended back in March.

As the DC brand undergoes significant changes, this has caused concern among some of Warner Bros.’ current TV shows and films. Discovery. One of them is Harley Quinn, a popular animated series that has been coming out since 2019, and recently the third season premiered on HBO Max. It is worth noting that the premiere of the third season of “Harley Quinn” took place two years after the end of the second season, which was an unusual break. While season 3 of Harley Quinn was a success, there were questions about whether HBO Max would bring the animated series back for season 4 on HBO Max amid all the cancellations of Warner Bros. Discovery.

Related: Harley Quinn Makes the Court of Owls Much Weirder Than Comics

Despite the fact that neither Warner Bros. Neither TV nor HBO Max have said a word yet, it looks like the streaming service may have given a quiet update to the 4th season of “Harley Quinn.” Thanks to the Entertainment ID Registry, it seems that the 4th season of Harley Quinn has been launched and is supposed to be released in 2023. EIDR is what many media companies like Warner Bros. Discovery is used to better monitor its content and properties, which are released on different platforms, such as HBO Max. Although the studio has not yet confirmed, the EIDR also has the episode titles of the 4th season of “Harley Quinn”, which can be found below.

Since the first half of season 3 of “Harley Quinn” is almost on the air, it makes sense to start season 4. Harley Quinn continues to be one of HBO Max’s most popular shows, primarily for its portrayal of Harley and Poison Ivy’s relationship and comedic tone. There are only a few weeks left, and we hope that HBO Max and Warner Bros. TV will release a proper, funny announcement about the fourth season of Harley Quinn. it may have already started in secret.

New episodes of the third season of “Harley Quinn” are released on Thursdays only on HBO Max.

Do you remember Scalebound? Its creator apologizes for its cancellation