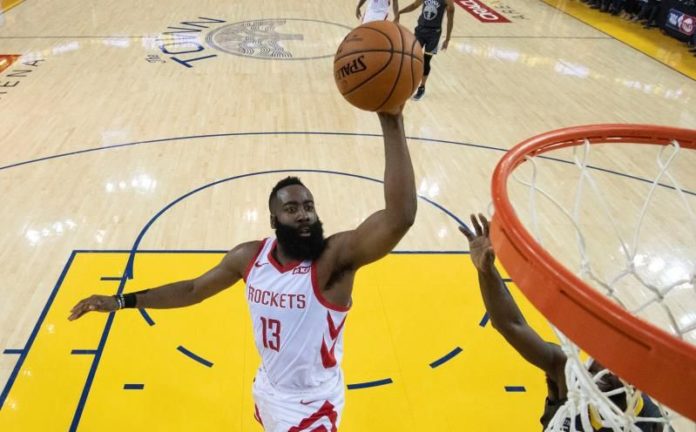 The guard James Harden and the Slovenian forward Luka Doncic again stood out with their individual game and both approached triple-double in the triumphs that their respective teams of the Houston Rockets and Dallas Mavericks achieved.

The cross of the coin was lived by forward Gordon Hayward who had to leave the field with a fractured left hand without his team from the Boston Celtics being able to confirm how long he must be off.

Harden was close to achieving a triple-double in the victory of the Rockets, who won at home by 94-117 to the Chicago Bulls.

The Rocket star guard, who played 36 minutes, contributed 42 points, 10 rebounds and nine assists that helped the Houston team get their third consecutive victory and get a 6-3 mark.

Harden, who has 35 double-triples in regular season in his career, came to the game with an average of 36.5 points; 38.7 percent of success in their field shots, including 27 percent of triples.

The base Russell Westbrook supported with 26 goals and Clint Capela achieved a double-double of 16 goals and 20 rebounds, which left him a leader in the inside game.

Doncic also approached triple-double with the Dallas Mavericks, who beat 122-138 at home to the Memphis Grizzlies.

Last year’s Rookie of the Year winner won 24 points, 14 rebounds and eight assists for the Mavericks, who put their mark at 6-3 so far this season.

Doncic ran out of the fifth triple-double of the season as he played throughout the fourth period at the decision of Mavericks coach Rick Carlisle.

The forward guard Jaylen Brown added 30 points as the best scorer for the Celtics, who won at home by 115-135 at the San Antonio Spurs.

Although the victory allows the Celtics to improve their mark in 7-1, they saw Hayward leave the field with his hand broken after suffering a crash with the power forward LaMarcus Aldridge of the Spurs.

His agent, Mark Bartelstein, announced that Hayward will see a specialist on Monday to determine if he will need surgery and that, if required, will be done on the same Monday.

Hayward, who scored nine points before leaving the field, averaged 20.3 points per game during the start of the Boston season.

Two years ago he was lost all season after suffering injuries to his leg and ankle six minutes after the opening of the Celtics season against the Cleveland Cavaliers.

The Celtics have only lost one match. It was on the opening day of this campaign against the Sixers of Philadelphia (107-93), on October 23.

The forward Brandon Ingram was close to double-double to get 25 points and nine rebounds for the New Orleans Pelicans, who added their second victory by defeating the Charlotte Hornets 110-115.

Despite having 26 turnovers, the Pelicans managed to prevail and break a streak of three consecutive losses.

The win leaves the Thunder with a 4-5 season mark.