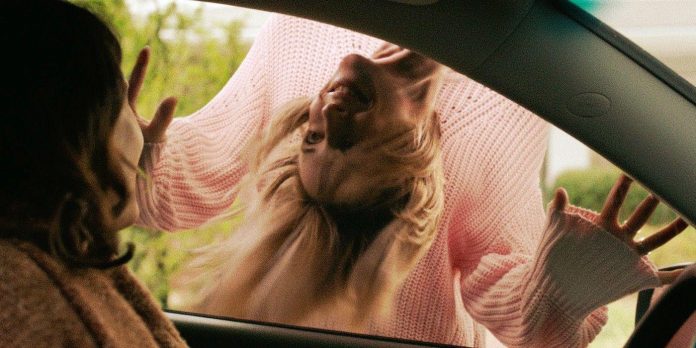 The trailer for Paramount Picture’s new horror movie “Smile” may make viewers want to scream instead. Sosie Bacon (A Mare from Easttown) plays the main role in the film written and directed by Parker Finn. “Smile” is Finn’s first full—length work adapted from his own short horror film “Laura Didn’t Sleep”, which won the prize of the special jury of the SXSW Film Festival “Midnight Short”. Although Bacon began her acting career in 2005 in her father Kevin Bacon’s film Lover, this is her first starring role in a feature film.

A disturbing trailer released by Paramount Pictures shows Bacon as a psychiatrist named Dr. Rose Cotter, who witnesses a patient brutally kill herself after the patient sees the form of a terrifying entity. After the incident, Rose seems to be followed by the same supernatural force that spreads through a literally infectious smile and kills everyone around her. It turns out that there may be a secret in her troubled past that will help reveal her frightening present.

The film seems to use the idea that people smiling for an unnaturally long time are basically creepy. While in the preview many details of the film remain mysterious, in the plot device taken from The Ring/Ringu, it seems that anyone who comes into contact with the smiling creature dies after a certain number of days. The film stars Jesse T. Asher (“Boys”), Kal Penn (“House”), Rob Morgan (“Very Strange Things”), Judy Reyes (“Clinic”), Caitlin Stacy (“Kingdom”) and Kyle Gallner (“Scream”, 2022). A smile spreads across the faces of multiplexes on September 30, 2022.