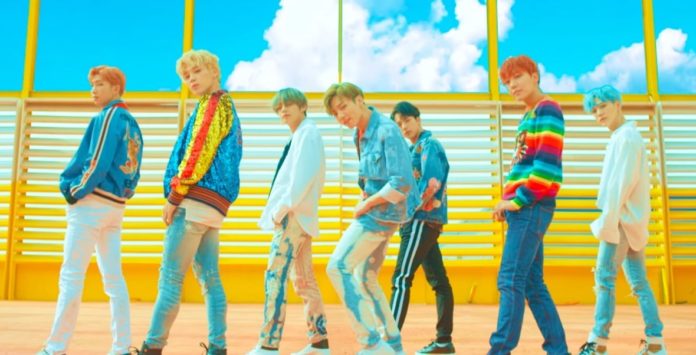 Even while they work, kids can have fun surrounded by laughter and jokes.

Throughout their career, the boys of BTS have shown us different looks through their musical releases and the photoshoots that accompany them. With these photographs they always manage to transmit to their fans the essence of their record materials, while showing different facets of themselves.

The fans of the group always have a good time watching the photo sets of these idols, but have you wondered everything that happens while the BTS photoshoots take place? Although the boys are highly professional, they also know how to have a good time while working.

Being together gives them a much more pleasant environment , since regardless of the activity in question, they have each other to talk, joke and manage to create a pleasant environment that even infects the staff that works with them. This was demonstrated during a video shared through BANGTANTV , where we saw the boys taking some of the group photographs that they included in their most recent record material.

The boys fix the last details of their wardrobes and the photo shoot begins, but in addition to the background music, the atmosphere is full with their voices and V begins to play part of a melody. Although at the beginning the boys remain in an orderly formation it takes them a short time to start moving and moving from one side to the other while they play.

Gradually, some of the group members begin to position themselves closer to the camera , gaining a greater focus, while some members try to push them back , others head to occupy this place again. Full of fun some of them start jumping and others lie on the ground, creating different scenes and constantly rearranging their organization.

Almost at the end of the session, the boys from BTS agree to coordinate a jump , however, Suga, V and Jimin are only placed in one pose , surprising those who did jump when indicated. By reviewing the photos, group members can see the wide smiles they’ve shown during the session, but that only happened because of the fun they have while together.

Watch the video of this photo shoot here:

Somag News is an online international news platform that founded in 2019 with a dynamic news team.Our news team includes reporters that has a speciality in different fields from each other.
Contact us: [email protected]ws.com
MORE STORIES