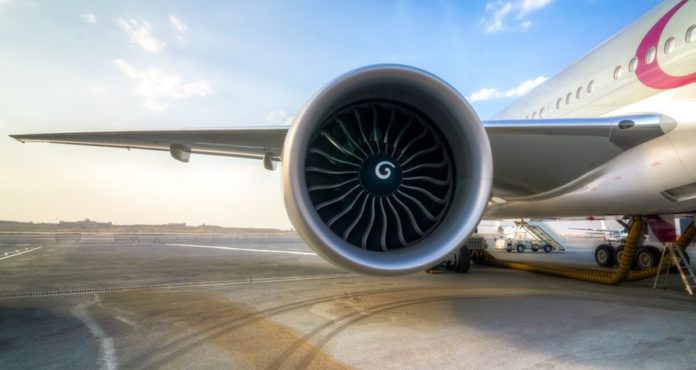 Almost everyone thought about what would happen when the plane of the plane broke down while traveling. Experts say that the breakdown of one engine of multi-engine aircraft will not cause any problems. It is even known that pilots can download the plane without any problems even if all the engines of the plane stop.

When traveling by plane, we all think, “What happens if the engine of the plane breaks down?” question has come. In fact, we may be thinking more about this when traveling in bad weather conditions. However, we may not be aware of the problem even if an aircraft of the plane is broken. Because stopping an engine is not a major problem that will block the flight or cause an accident.

Before talking about what happens when a plane engine breaks down or stops completely, it is necessary to explain the physics behind the flight of their aircraft. We all think of planes as one flying unit. In fact, the situation is different. In aircraft, two basic combinations allow flying: engines and wings.

The operation of the engines of airplanes can be explained in the simplest way: Air is drawn into the aircraft engine, where it is burned with fuel at a controlled rate. This air / heat mixture expands and pushes a piston. Thus, a crankshaft and propeller rotates. Pistons inside each cylinder create force by continuing a cycle of four steps. The engine of an airplane is designed to push the airplane forward by working in this way.

In addition to the rapid pushing of the engines, the aircraft moves on the wings in the air. The curved design of the airplane wings reveals the force that keeps the plane in the sky. The wings of the aircraft ensure that the air is directed up and down during the flight. Thus it changes the air pressure. The curved upper part of the wing reduces the air pressure, while the flat bottom of the wing causes the air pressure to increase. While the wing creates a controlled air flow in this way, the plane moves upwards in the sky, while the engines also provide forward movement.

What happens if an airplane of the plane stops?
As the plane continues on its way to 30.000 feets, a motor breakdown may sound like a news of disaster to everyone’s ears. However, this is not an absolute accident. In fact, the rate of plane crashes due to engine failure is only 200 per 50 million. These are quite safe rates.

Aircraft engines may stop due to mechanical problems inside the engine, damage to the turbine or panels, oil leak, fuel contamination, or bird entry into the engine. Although such malfunctions are rare, all flight crew, especially pilots, are trained for such situations.

Malfunction of a single engine in aircraft is not considered a serious problem. Because this is a manageable problem. Airplanes such as Boeing 747 or Airbus 340 with 4 engines have mechanical equipment that can fill the gap arising from the malfunction of an engine. It is not a big problem for an engine not to work even for aircraft like Boeing 737 or Boeing 727 with two or three engines. Because these planes also have the technology to fly 5-6 hours with a single engine.

See Also
How is aircraft cleaning done so quickly?

Although a motor malfunction does not cause an accident, pilots are required to make some adjustments. Losing an engine means that the aircraft’s maximum power will be reduced. For this reason, the difference must be compensated with the remaining motors. In addition, this will create an asymmetrical force during flight. This asymmetry is compensated by pilots using the rudder pedals.

In addition, 30.000 feets cannot be traveled, since the failure of an engine will cause a decrease in power and speed. Instead, the pilot should prefer a lower altitude. At this point, the cruise should continue for 15,000-20,000 feets.

Just landing will be a little more difficult than it should be due to engine failure. For this reason, pilots can change the aircraft’s landing target. Pilots have the authority to change the target if they think the plane cannot land on the target runway.

Some of the systems on the plane also operate depending on the engines. Therefore, engine failure can affect some hydraulic and electrical systems. However, these systems in aircraft are designed to be supported by other engines. So when an engine breaks down, another engine can continue its task.

As a passenger, you may still think of an engine stall as a terrible event. However, in some cases, pilots can reset their engine systems during the flight and restart them. In other words, you may have continued to travel even when all engines stopped.

The forces that allow an aircraft to fly also allow the aircraft to float in the air without its engines. It will be necessary to lose altitude as the failure of the engines will create a deficiency in the forward thrust. But this does not mean that it will fall from the sky like a stone. By adjusting the wings and rudder, 1 mile altitude is lost in a 10-mile advance. In other words, when all engines stop at 30,000 feet, it is possible to glide 50 miles (approximately 80 km).

There is such a small probability that it occurs and if all engines stop during the flight, the pilot can find a suitable landing area using this gliding distance. The pilot of the US Airways Flight 1549, which broke both engines in 2009 due to a flock of geese, had successfully landed such a landing.

Flying can be an extremely stressful experience for many people. However, as we mentioned, even if a malfunction where all engines stop, well-trained pilots and professional flight crews can handle the crisis. When security protocols are applied, altitude and navigation settings can be made quickly. In this way, passengers can land in a suitable airport in a healthy way, even if it is not the airport they set out to reach.

Interesting Explanation For Overwatch 2 from Blizzard: We Don’t Know When...

IOS 14 toolset for Spotify is out! How to add

Feature Coming to Determine Who Can Answer Tweets