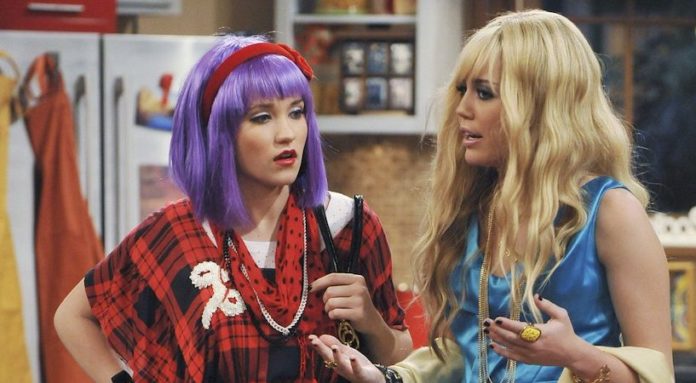 Miley Cyrus has just found her great Hannah Montana girlfriend, Emily Osment, in a virtual meeting on Instagram. We tell you everything.

Miley Cyrus delighted all her fans who grew up with Hannah Montana. Indeed, the singer found Emily Osment in a talk show published on Instagram .

Guest of honor of Live With Miley , Emily found the one who was her best friend on the screen . It doesn’t rejuvenate us at all. So remember. Miley Stewart in the series was to juggle between high school and her secret career as a singer. Yes, blonde wig on the skull she became Hannah Montana .

For her part, Lily, played by Emily Osment, was in the know and followed her at each of her concerts. So as not to arouse suspicion, she too wore a flashy wig and became Lola .

“This is the decade of the meeting” , then said Miley Cyrus . “My best friend who has shared the screen with me for 15 years”.

We can say, Cody Simpson’s girlfriend is very moved by this reunion. What is certain is that Lily has everything from the best friend, “off and on the screen,” Miley insists.

MILEY CYRUS AND EMILY OSMENT: NOSTALGIC FOR HANNAH MONTANA
It was also an opportunity to plunge back into the euphoria of the old days . Indeed, the two stars spoke of the beginnings of Hannah Montana.

Miley has therefore emerged from old photos. Like one where we see Lola disinfecting Miley . A photo more than news, facing the covid-19.

“I remember that it was part of our life for 8 years . Everyday just be what everyone wants us to be, ” Emily said to her old friend Miley Cyrus .

Which doesn’t stop them from laughing . Here is the rediff:

Jin has a backup plan in case BTS goes bankrupt