Home Entertainment Hank and Bobby will be back! Adult Swim will broadcast King of... 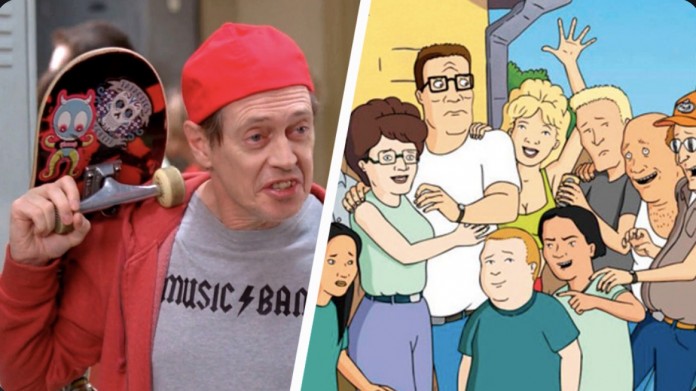 A simple texan family
Perhaps they are too young to remember it, but in the distant year of 1997 a television show called The King of the Hill began to air. It showed us the mundane lives of the Hill family in a Texas city and with a humor that sought to be more realistic.

The series was quite popular, which led it to air for more than 13 years, its last episode was launched in 2010, and made it one of the longest on the Fox network. For 11 years we have been without news of El Rey of the Hill, but that could change very soon, as Adult Swim will bring her back.

King of the Hill will air again on Adult Swim

Adult Swim is the block with adult programming of the popular Cartoon Network. From here have come several beloved series such as Primal, Rick and Morty, and Aqua Teen Hunger Force, so the addition of The King of the Hill will not be so out of place.

The news of its retransmission was given through the networks of this block. It was here that it was announced that, starting on November 22, The King of the Hill will air again, even with two episodes in a row. This will be done from 9 p.m. to 10 p.m.

The return of The King of the Hill to Adult Swim is given to fill the void left by Family Guy. The popular Seth MacFarlane series stopped airing in this segment since September, so that schedule was occupied by several programs. Now it is used to bring the ‘adventures’ of the Hill family to a whole new generation.

The King of the Hill was quite popular in the 90s and even today it has remained somewhat current thanks to the fact that some of its scenes have been used for memes. We’ll see how it goes with the new audiences. Maybe it’s even an opportunity to rekindle interest in it and give it a good ‘revival’ with modern plots. They would like to?

Chevrolet teases the sporty and luxurious look of the Blazer EV

Blur Added a Second Concert at Wembley Stadium “Due to Phenomenal...