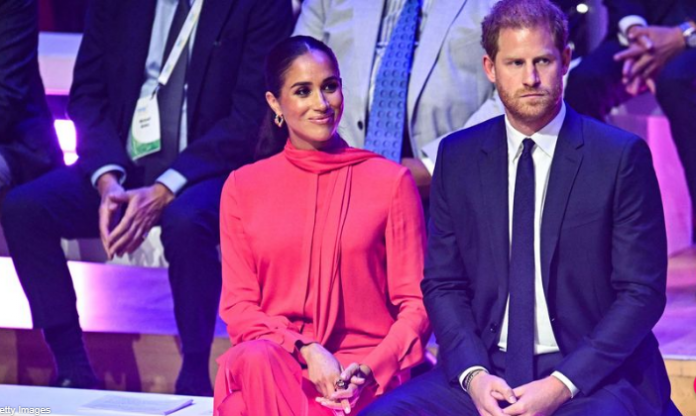 Duchess Meghan (41) and Prince Harry (38) delight their fans! In recent years, the former actress and the son of the British king have not always made positive headlines. In particular, her departure from royal duties in 2020 divided minds — as well as numerous unpleasant rumors about the American. However, now these two are causing a storm of delight: in the new photos, Meghan and Harry are a couple of absolute power!

Photographer Misan Harriman posted two pictures of the parents of two children on his Instagram profile on Monday evening. In one of the photos, the beauty looks sharply into the camera — her husband smiles modestly, holding her hand. In another picture, the two are shown sideways in black and white. In the comments, compliments from fans poured in: “A beautiful photo of two people who, no matter what, chose each other!” wrote one user, and another commented: “What a beautiful and powerful picture.”

The two pictures were taken in Manchester more than a month ago when Harry and Meghan attended the One Young World Summit. However, just a few days later, the red—haired man had to go to Scotland in a hurry – his grandmother Queen Elizabeth II ( ✝ 96) died there on September 8 at Balmoral Castle.