Home Entertainment Han Was Not At KCON and Stray Kids Prepared a Durprise For... 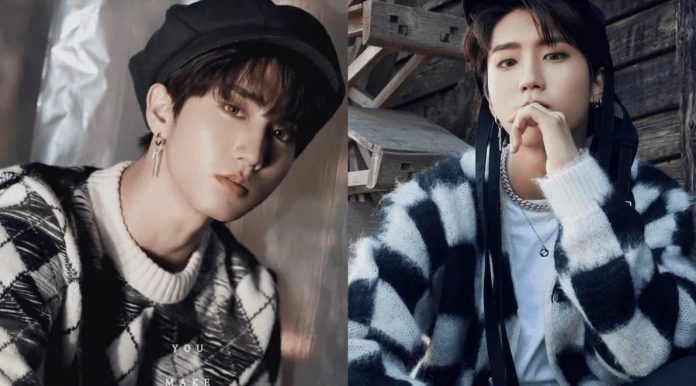 JYP Entertainment revealed the reasons why Han was not with the rest of his fellow Stray Kids at KCON: TACT HI 5, the rappers and singers arranged a gesture to have him close to them.

Stray Kids had a 2021 full of activities and musical releases, having one of the most successful comebacks with Thunderous, appearances in LOUD and live performances that captured the admiration of STAY.

Due to their impact and popularity in the industry, the organizers of KCON: TACT HI 5 did not miss the opportunity to have Stray Kids among the K-Pop bands at the event and joined the lineup for the show.

On September 19, the company JYP Entertainment reported the reasons why Han was not present at KCON: TACT HI 5, although his absence afflicted the hearts of the fandom, the rest of SKZ idols managed to have him on stage. .

HAN RECEIVED THE LOVE OF STAY AND STRAY KIDS AFTER HIS ABSENCE FROM KCON: TACT HI 5

Through social networks, the company that represents the Back Door interpreters assured that during the rehearsals to go on stage, Han felt physically bad, he himself decided not to be part of the presentation due to health problems .

They also asked for understanding with the sudden announcement, JYP Entertainment assured that they would do their best to help the Korean artist recover as soon as possible.

Although Han was not present at KCON: TACT HI 5, the Stray Kids idols took it upon themselves to keep him around during their performances, for example, Bang Chan brought Han Quokka and showed the stuffed animal with a big smile in front of the cameras.

Hyunjin did not stay behind and put a chick on the ear of the toy that represents his partner:

Seungmin took advantage of a close-up of Felix‘s face to proudly show off that Quokka will always be with them, do you think he’s cute?

The star of the spin-off show “College for boys” compares the...

Why is Stray not available on Xbox or Game Pass