Home Entertainment Han So Hee, Her Love Triangle With SHINee’s Minho and Taemin 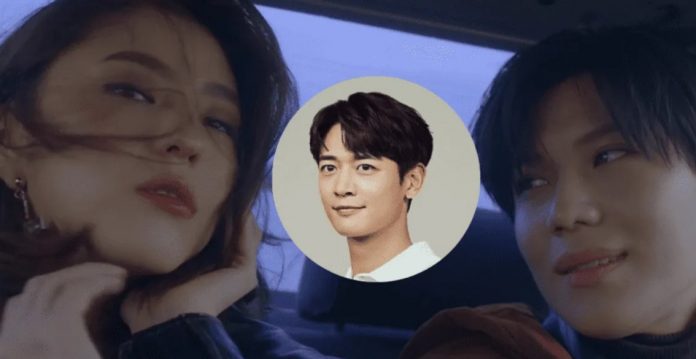 Han So Hee from the drama Nevertheless fell in love with fans with one of her appearances alongside the boys of SHINee.

In addition to being a drama actress, Han So Hee dabbled in the entertainment world of South Korea as a model for MVs and advertising. What music video did you work on with SHINee and why was it the bone of contention between Minho and Taemin?

Han So Hee rose to world fame with her character Na Bi in the adaptation of the successful webtoon Nevertheless , where she shared credits with the spoiled actor of the Netflix platform, mean Song Kang.

In addition to this project that changed her destiny and career, she participated in other dramas such as The World of the Married, Abyss, After the Rain, 100 Days My Prince and more, but before her debut as an actress in Asian series, she worked as a model. by MVs.

In one of her projects, he gave life to a rude girl who became the bone of contention between Minho and Taemin of the K-Pop group SHINee , they fought for her love and attention. Did any of them win?

HAN SO HEE, HER FIRST ACTING JOB AS A MODEL FOR A SHINEE MV

In 2016, Han So Hee had a major break, and the producers of a SHINee MV cast her as the lead model for the song Tell Me What To Do, in which she played a confident girl with a carefree style that caught the attention of Minho and Taemin.

The Tell Me What To Do MV told the story of a group of friends, Minho had Han So Hee as a girlfriend, in the daily coexistence with his friend’s partner, Taemin fell in love with her and showed his true feelings. A true love triangle!

In true Korean drama style, both singers and rappers of the K-Pop group argued to make the video more realistic, even when Taemin saw his colleague with Han So Hee, he was sad and confused by the situation.

The clashes were not lacking! Although the SM Entertainment artists were portrayed as enemies of hearts, all the contestants in the Tell Me What To Do clip were amused by an intense plot that marked Han So Hee’s debut.

CoD Warzone: This Is The New Victory Screen That Includes a...