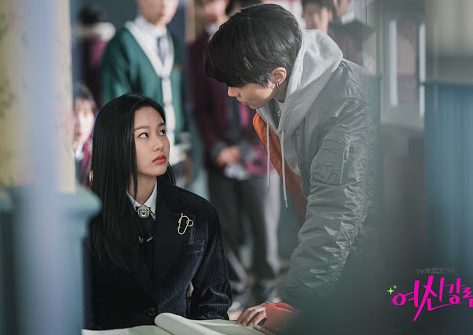 Actor Hwang In Yeop, with the role of Han Seo Jun, continues to win the admiration of K-Drama True Beauty followers, with a character who despite being cold and distant shows that he has a big heart.

As you may recall, in True Beauty a love triangle was raised between the characters of Lim Ju Gyeong (Moon Ga Young), Lee Su Ho (Cha Eun Woo) and Han Seo Jun (HwangIn Yeop), in which the latter had all the to lose.

Despite the fact that in previous episodes of True Beauty, Han Seo Jun had to face the harsh reality and gallantly step aside after Lim Ju Gyeong herself confessed that she was in love with Lee Su Ho, her feelings of selfless love for her They have not changed.

The plot of True Beauty had a terrible denouement in episode 12, with the radical change in the behavior of Kang Soo Jin (Park Yoo Na), turning her into one of the most hated characters in history and that forced Han Seo Jun to step forward to defend Lim Ju Gyeong.

The new narrative in True Beauty shows Han Seo Jun as a knight errant, whose anger has turned him into a dark vigilante willing to do whatever it takes to uncover and punish the culprits that Lim Ju Gyeong’s secret was discovered.

New scenes come to light, with images of the confrontation between Kang Soo Jin and Han Seon Jun, in the face of the latter’s suspicions that the seemingly harmless friend of the protagonists is the mastermind behind the terrible damage that Lim Ju’s image suffered. Gyeon.

Tammy Hembrow continues to devastate Instagram with its risque photographs