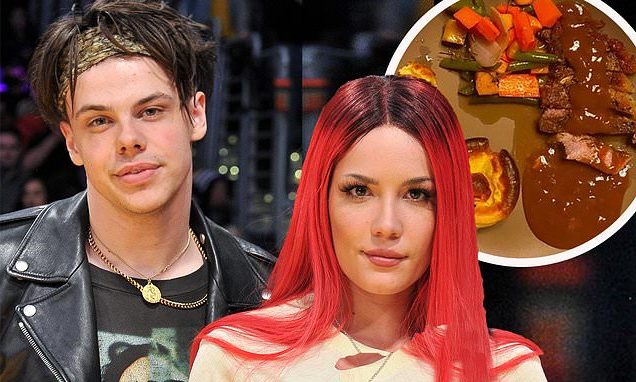 Halsey and Yungblud back? A dinner unleashes the rumors. In tough times, both celebs may have found support for each other.

Some celebs have been kept in isolation to prevent the spread of Covid-19, during their quarantine they have made concerts, videos on Tik Tok, have given advice to their fans or have joined the #SafeHands Challenge, but for others it is the opportunity to reconnect with loves from the past.

Halsey and Yungblud returned? Both singers have excited their fans, we tell you what we know.

Through her Instagram account , Halsey shared a Storie to show off her skills as a cook, during isolation, the singer takes the time preparing dishes and enjoying them during her dinner, but it seems that her plans included someone else: her ex-boyfriend Yungblud .
Apparently, both have been spending time together, as the singer published the photo of Halsey and accompanied her with the message: “I can confirm it”, implying that he had dinner with her and the food was excellent. The rumors about a possible reconciliation increased when some fans realized that Halsey deleted the photo of his birthday next to Evan Peters. Some fans were excited on social networks, because they loved seeing them together. It is unknown if they were just spending time together or are really trying to return.

Halsey and Yungblud having dinner together has me screaming

See Also  HALSEY EXPLAINS WHY CHOOSE SUGA TO SING TOGETHER

Xiaomi Mi 10 goes on sale for the second time: this...