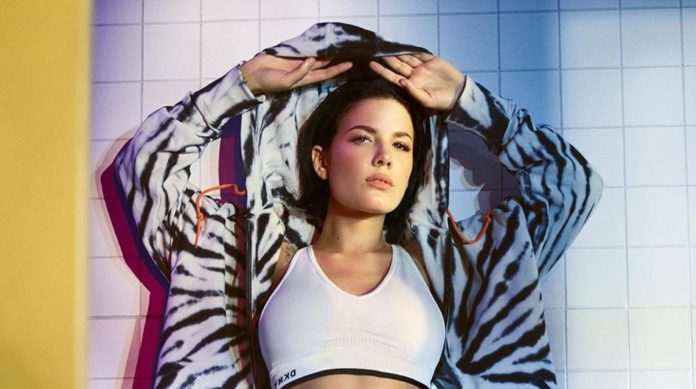 Halsey reveals if she touched up her face with plastic surgery. The singer responded to a user who decided to take the assumptions for granted.

Halsey has made it clear that she is not willing to withstand attacks from others when it comes to their relationships, friendships and neither their physique, she has shown it on different occasions and has remained firm in promoting respect among her followers.

For this reason, comments where they criticize their appearance do not take place in their networks. The singer decided to share a series of videos through her Instagram where we see her with a towel wrapping her hair and wearing a clean face, free of makeup . This gesture tells us about the confidence she has in herself and with her fans , promoting self-esteem.

However, some saw in these publications an opportunity to express their opinion on what is right or wrong in the physique of celebrities. One user commented below Halsey’s post assuming the artist had had surgery:

“All these young women who undergo plastic surgery. What a pity”

The Graveyard interpreter showed her annoyance by giving her an answer, she said that plastic surgery has never been done , however, it is logical that she does not look the same way due to aging . She later said that even if she wanted to she could not because they have a disease autoimmune and what would inevitably be injected rejected.

This is not the first time that Halsey receives comments of this kind regarding her physique, however, her posture remains firm. In any case, we know that it is the decision of each one to make or not the changes that seem best, so this should not be a reason for criticism.