Home Celebrity Halsey remembers meeting Rosé while they were in Paris 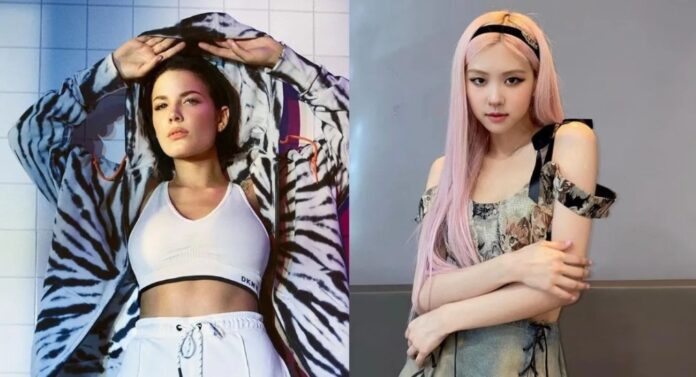 The girls met on a trip a long time ago but fans are still curious about Halsey and BLACKPINK’s friendship. The popularity of the idol group allowed them to meet other music stars, Rosé and Halsey had a fun ride that is now part of their memories together.

You probably remember the time when BLACKPINK’s YouTube account shared a cover of Rosé singing Eyes Closed , although many suspected that it was a clue to the idol’s upcoming musical releases, it turned out to be a sample of her talent to please her fans while showing your affection for Halsey’s work .

Despite this, the girls contacted each other and managed to match up while BLACKPINK was visiting Paris. Both singers posed for some photos that were shared after their meeting, but now a new look at their fun meeting has been revealed .

HALSEY AND ROSÉ’S FRIENDSHIP CAPTURED IN A VIDEO

Halsey joined the fun Instagram game where the user publishes a question sticker in their stories where others can ask them to share a photo of a particular event, moment or thing.

One of her followers asked her to share a photo with Rosé and the girl surprised us with a video that brought back the excitement of seeing them together. In the clip we see Rosé and Halsey running towards the Eiffel Tower, the girls look funny and close, since they are even holding hands and making little jumps.

Do you already know the families of the BLACKPINK members ? We show you a look at who are the people closest to idols.

JIMIN SENDS GOOD WISHES TO ARMY WITH A TENDER PHOTO