Home Celebrity Halsey is pregnant! Wait for her first child 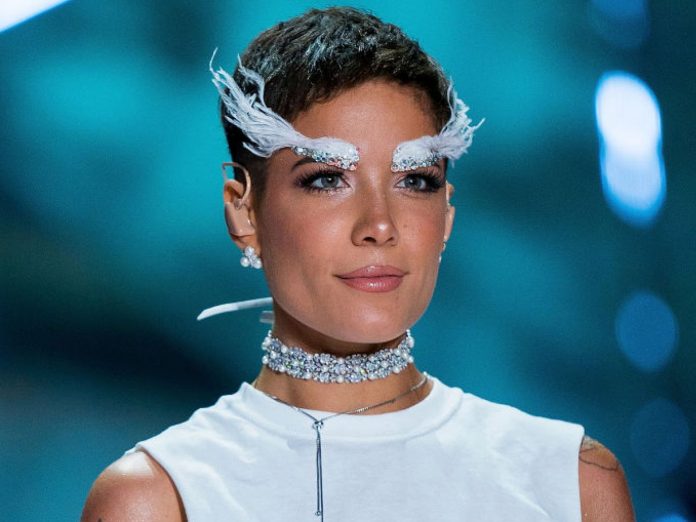 The American singer announced that she is pregnant with her first child with a beautiful photo session.

It is almost a tradition for celebrities to announce their pregnancy with an adorable photoshoot. Singer Halsey revealed that she is expecting her first child with an incredible post on the Instagram platform. Know all the details of this new stage of the interpreter of Without Me.

Halsey is a star who maintains close communication with her millions of fans, this January 27, 2021, she took to social networks to reveal a new stage in her life that will brighten her days.

The singer-songwriter published a series of photographs showing her belly, where her weeks of pregnancy are already visible , the artist posed with jeans and a colorful top, while in other images she looked natural.

In the description, Halsey added the message:

I accompany the word of emotion with various emojis, such as a bottle, a rainbow and a little angel, the reaction of Internet users was immediate and quickly accumulated a million likes and thousands of interactions in the comment area.

It is not yet known who the father of Halsey’s first child is , but speculation was not long in coming out as the singer tagged Alev Aydin in her post.

Later, the boy shared Halsey’s photos on his Instagram stories accompanied by some hearts, increasing the chances that he is the person with whom the singer is expecting her baby .

During 2019, the media speculated about the pregnancy of Evan Peters and Halsey , which resulted in only rumors. Some time ago, Cara Delevingne and Halsey confirmed their love affair, after breaking up with their respective partners.

BTS surpasses Taylor Swift on Billboard with their musical success