Home Celebrity HALSEY EXPLAINS WHY CHOOSE SUGA TO SING TOGETHER 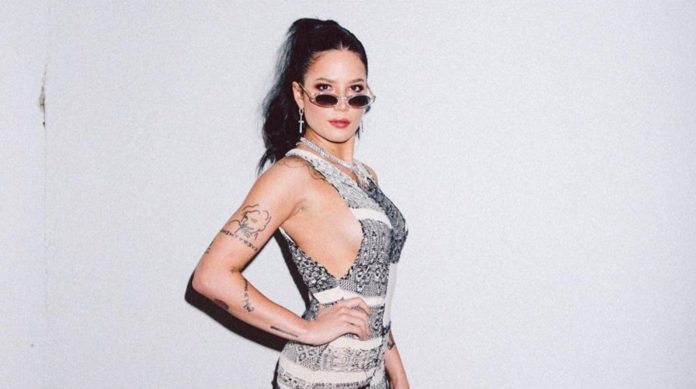 From “Boy with Luv”, Halsey and BTS seem to have formed a bond beyond work, even, the singer showed their support after the Grammy nominations.

Recently, she and Suga revealed their new song “SUGA’s Interlude” and Halsey decided to reveal the reason for choosing the rapper from among the 7.

During an interview for KISS FM, Halsey revealed what it was like to work with the idol. First, he explained that he has very thoughtful lyrics and that is what attracted him, because his next album is very autobiographical and he needed something that came from the heart. Awwww!

Halsey also said he wanted to give Suga a space to freely express his thoughts outside the group environment. She also thanked the ARMY for all the support. You can watch the full video here:

Aya Nakamura in the mountains: she chooses a total white look!

This YouTuber Reinterprets Popular Songs with Vegetables and Fruits