Home Celebrity HALSEY AND EVAN PETERS COULD CONFIRM THEIR BRIDE 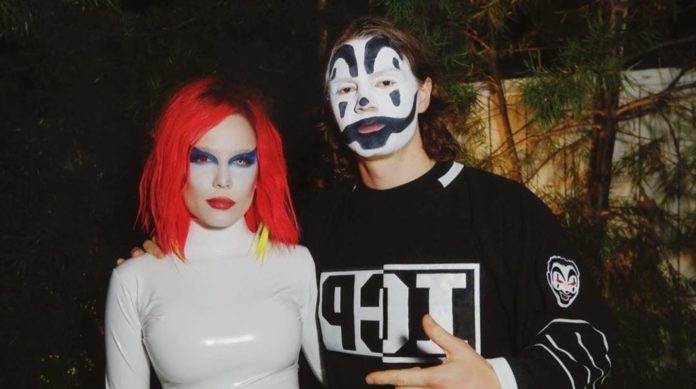 New ship unlocked! Halsey and Evan Peters continue to feed the rumors of romance, both have been seen steadily in several quotes.

After ending her relationship with singer Yungblud, Halsey began dating the actor, who apparently has been her crush, since she has always admired him. Could it be that they already formalized their relationship? This is what we know.

They were first seen on a date at the “Six Flags” amusement park, but the appointments have continued. The couple attended the celebration of the 100 episodes of the “American Horror Story” series, even wearing costumes as a couple. Awww!

And since it’s Halloween time, they both decided to celebrate at a party and Halsey shared a photo on her Instagram account, which makes her relationship more official.

However, nothing has been confirmed, but Halsey was seen a few days ago in a cafeteria and a fan managed to capture a photo where she can see her wallpaper, which consists of photographs of both, it seems that Halsey is very flecked by Evan.