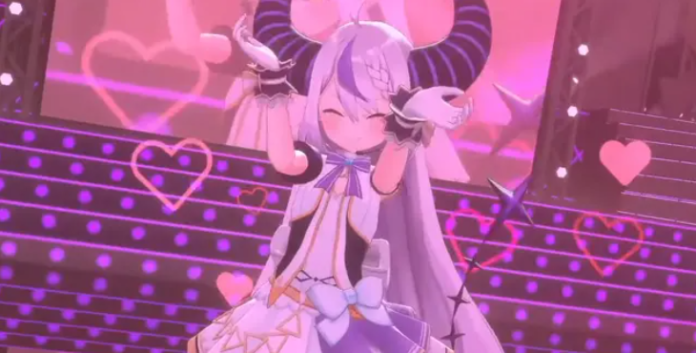 Hololive star Laplus Darkness (stylized as La + Darkness) goes on vacation immediately after his anniversary for mental health reasons. The agency and VTuber announced this on December 5, asking fans to be patient while the holoX leader recovers.

It’s been a big year for the leader of the holoX Secret Society, Laplus Darkness. A rather forgetful VTuber made a splash in space, gaining 870,000 subscribers in the first year of working with Hololive.

However, Laplus’ ascent has not been smooth — she has coped with a number of health problems and is now taking a bigger step back from all her activities after her anniversary.

The break of the star was announced on December 5 by Hololiv and Laplus herself, citing mental health problems.

“Since he had been suffering from mental illness for some time, [Laplus] decided to take a break from activities for a while to focus on recovery,” Hololive said in a statement, according to the translation.

“I want to get well as soon as possible,” she added. “I want to do the streams I promised, with all the fun and interesting stuff, as soon as I feel better.”

It’s unclear how long the star will take a break. With its anniversary events, we have a pretty clear schedule until the 2023 holofestival in March. However, after missing so much time with her fans this year, she felt some pressure to stay active.

Laplus Darkness took a break in August and September of this year after she became physically ill, from the flu to a bladder infection. Then she said that she was “in a good mood, but my body can’t stand it.”

This is the first major break from Hololive this year for mental health reasons, as other creators take small breaks to avoid emotional burnout. Other stars, such as Ninomae Ina’nis, Usada Pecora and Hoshimachi Suisei, took months to solve physical health problems.