Home Entertainment Halo: why removing the helmet from the Master Chief is a big... 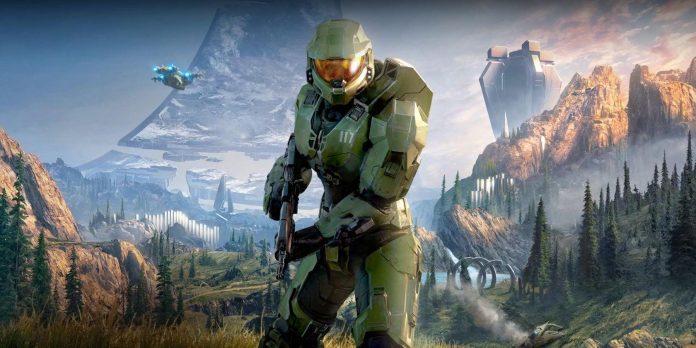 Master Chief Petty Officer John-117, better known as Master Chief, has been the protagonist of the Halo franchise since its inception. Commando Spartan II, Master Chief has been trained and genetically modified to become the perfect soldier, and thus has seen his share of battles. Master Chief has battled fellow humans, alien Covenant forces, a deadly parasitic collective known as the Flood, a Forerunner race called the Prometheus, and even his longtime AI. Cortana’s companion, among others.

Master Chief’s exploits have made him one of the galaxy’s most decorated soldiers. But while it seems like he’s done everything, one thing about Halo games never makes him take off his helmet. This unspoken rule has remained true for most Halo games; this is probably why the Halo Paramount series received so many negative fan reviews when it decided to expose the Master Chief at the end of the first episode.

The secret of the helmet

To be clear, this does not mean that the Master Chief cannot or does not take off his helmet in Halo lore. The armor of the SPARTAN Mjolnir protects the soldier from most attacks, while increasing his physical abilities. Since the Spartans were created for battles, they can often be seen on the front line in armor. Like most of his fellow Spartans, Master Chief removes his helmet only when it needs repair. This can be seen in the secret ending of Halo 4, when players pass the game on legendary difficulty. Similarly, the Halo games showed a younger John without the Mjolnir armor, as he was either too young or inexperienced to wear them.

The Master Chief’s helmet serves two purposes; the first is in terms of knowledge. In every Halo game, the Master Chief is always fighting some kind of enemy threat. This requires him to always wear his helmet, both for protection and for information. The visor of his helmet displays important data, such as the vital organs of his suit, the location of the enemy and the remaining ammunition for his weapon. The helmet also allows him to communicate with other people, for example, with his AI partner Cortana.

The second purpose of the helmet is to make it easier for the player to project himself through the Master Chief. The helmet’s projection display gives them accurate data that the Chief sees, supporting the player’s actions by providing him with important information. Master Chief also says little outside of the videos, which makes it easier for players to feel immersed in what is happening.

These are big boots that need to be filled

Being both a legendary soldier and an opportunity for players to prove themselves, it is very difficult to reveal the face of the Master Chief without disappointing the fans. Whatever his true identity, it will never be able to meet everyone’s expectations. In a way, Master Chief and his armor have become much more than his human form; so much so that when people think of the character, they think of his green Mjolnir armor.

The fact that Master Chief takes off his helmet in the series to show the face of actor Pablo Schreiber is not liked by long-time fans of the series because of how casually he first takes it off in front of Kwang Ha, a teenager whom he has just met. In video games, Master Chief rarely, if ever, shows his face to his closest comrades. This break with the established Halo story can be seen throughout the Halo series; not just when the Chief took off his helmet.

As the Halo series has shown, discovering the face of the Master Chief can do more harm than good. People will be divided in their opinions about how a character should look, and the mystery surrounding his appearance will cease to exist. This is similar to how the face of Samus Aran was shown in the Metroid series of games. Fans were surprised by this discovery and were quick to criticize this decision.

However, these are all assumptions. Discovering the face of the Master Chief can be useful in the long run. Having a human face would make Master Chief more attractive and provide more storytelling opportunities. His face could convey more emotions than his static Mjolnir helmet. However, when the Master Chief shows his full face in the Halo game, 343 Industries cannot cancel once it is done. There should be proper preparation for such an important moment, and this moment should honor the established knowledge of the Halo series. After spending so much time in this cramped helmet, maybe it’s time for Master Chief to get some fresh air.