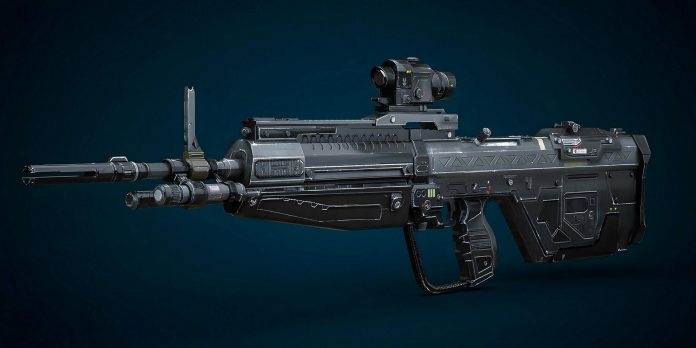 Although there have been quite a few leaks in Halo Infinite over the past few weeks, most of them suggested some pretty interesting additions to the game, such as the idea that there will be large DLC campaigns in the not-so-near future. Most of these rumors have not been confirmed yet, but they seem reasonable enough to be true.

The latest in this series of Halo Infinite leaks may not be as game-changing as a brand-new campaign expansion pack, but it’s an exciting comeback for fans of the franchise. Namely, several sources have suggested that the legendary M392 DMR may soon appear in Infinite in a potentially modified form.

This information, unlike the big leak of the Halo Infinite DLC campaign, is actually confirmed in several cases, which gives it significantly more credibility compared to most other leaks. In particular, the DMR model was not only seen in the Academy’s game mode, but was also referred to in some leaked Infinite scenarios as the “M392 Bandit”. In addition, some of the leaked voice cues of Iratus AI specifically refer to the so-called “bandit” rifle, which further highlights the obvious internal development of the weapon.

With the above in mind, it’s also worth noting that many of the links shown to the M392 DMR leaked through the supposed scenarios of the Halo Infinite “Battle Royale” “Tatanka”, as indicated by the Leaks_infinite Twitter account. The lack of proper DMR weapons in Halo Infinite was noted as a curiosity at the launch of the game, and although this particular combat niche was more or less filled with the introduction of the outdated VK78 Commando rifle, the weapons still work differently. compared to the classic DMR IP.

Fans have been saying that Halo Infinite should reintroduce the franchise’s classic weapons since the game’s launch. It is understandable why some old classic designs could have been omitted, since 343 Industries probably wanted to revive the arsenal of weapons, which at that time had more or less remained unchanged for almost two decades. However, now that the new weapon has got a chance to prove itself, the developer may be more open to this idea.

There is no official announcement of the M392 Bandit yet, but it may appear as part of the upcoming Halo Infinite Forge Mode. Otherwise, if Tatanka’s Battle royale ever comes out, it seems that the Bandit might take a prominent place there. However, for more information about this, Infinite fans will have to wait and see for now.

Halo Infinite is already available for PC, Xbox One and Xbox Series X.