Home Entertainment Halo Infinity Forge Mode will be released in November, but the split-screen... 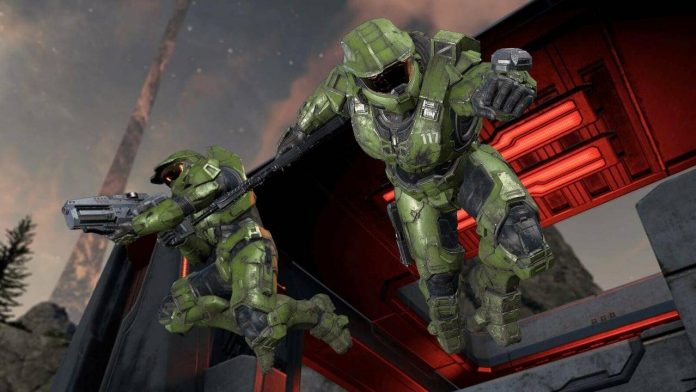 Halo Infinite is finally getting the Forge Mode, which will launch on November 8, 2022, and the full version of the joint online campaign will be released on the same day. Unfortunately, the split-screen co-op game has been completely canceled.

In the new update, developer 343 announced details about its winter update, which will be released on November 8 and will bring several long-awaited modes.

Forge Mode will allow fans of Halo Infinite to essentially create their own content — create new maps using a sophisticated editor and share them with the community. Arriving as a beta, we’re still not entirely sure about the features included (although the leak looked impressive).

On November 8, 343 Industries is also launching two new multiplayer maps that will demonstrate what Forge is capable of, since they were created entirely in Forge mode.

The winter update also includes a full version of the joint online campaign, available to all players, which will allow you to team up with your friends and go through the Halo Infinite campaign together. New achievements, cross-platform support, mission replays and overall progress are waiting for you. After several delays and beta testing, it was a long time ago.

However, there’s some bad news for fans of couch co—op – the local split-screen co-op mode has now been canceled. This is a blow to those who have been waiting since the launch of the old-school feature, but it seems to be a matter of priorities.

“In order to improve and accelerate the current development of the online service, as well as better take into account player feedback and quality of life updates, we have reallocated studio resources and are no longer working on a joint local campaign with a split screen,” 343 Industries said.

Along with these new additions, the Winter Update will include a beta version of Match XP, allowing players to level up along with a combat pass of 30 levels. There’s also a new Covert One Flag game mode, which has asymmetric gear and round-based gameplay, just to diversify it a bit.

There’s definitely a lot of new content coming up, and Forge could be the answer to the Halo Infinite content drought. In the meantime, we’ll have to wait and see, but let’s hope that the community will approach this in a truly creative way.

Want to learn more about Halo Infinite? Find out where it ranks in our top 15 Xbox Series X|S games, as well as our first impressions of the Halo Infinite co-op game.

Lightyear will be very popular on Disney+ (and that’s a problem...