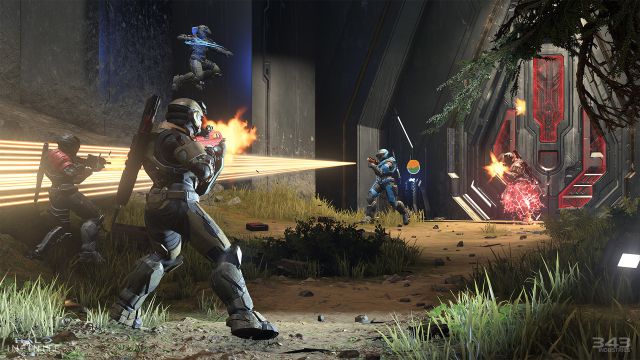 Halo Infinite: Joseph Staten reflects on one of the most notorious delays in recent times, but where quality was above all else. Halo Infinite is one of the most important video games of the last decade at Xbox Game Studios in general and 343 Industries in particular. Originally scheduled for release in November 2020, coinciding with the launch of Xbox Series X | S on the market, the studio made the decision to delay the return of the Master Chief for an entire year. Now, at the gates of the global launch of his campaign, the creative director of the work has reflected on it in a conversation with IGN.

Pressure, the need for leadership and the ability to make decisions: it was not easy

The situation was borderline back in July 2020. The first Halo Infinite gameplay video shown at the Xbox Games Showcase did not convince fans due to its technical performance and problems that showed longer. Already in August, the decision was made public: Halo Infinite was delayed to 2021. More than a year has passed since then, the multiplayer mode is already being enjoyed by hundreds of thousands of people and the objectives are to make it a constant title evolution; although the cooperative mode for the campaign and Forge will still be asked for half a year, at least.

“[We had] a lot of pressure to stay the course,” says Staten. “I think it’s a really wonderful example of Xbox leadership in doing the right thing for our fans, for our players, even if it hurts them, even if there are costs associated with it. It was a 100% decision focused on putting gamers first, and I’m very proud of the studio and Xbox for making that decision, “he says without qualms, while acknowledging that that entire year of waiting has been” very, very difficult”.

That phrase, so often repeated by Phil Spencer to place the players “in the center”, is something that they have prioritized on this occasion, giving more weight to the final quality of the product; despite the fact that this has involved another year of development and, consequently, also of costs.

Halo Infinite is already gold; its development is finished. On December 8, the campaign mode will be released on Xbox Series, Xbox One, Windows 10 PC and Xbox Game Pass for consoles and computer.

Namor’s First look at the MCU Secretly Confirms that he is...

The Batman: Find Out Who’s Who In The Movie’s Cast