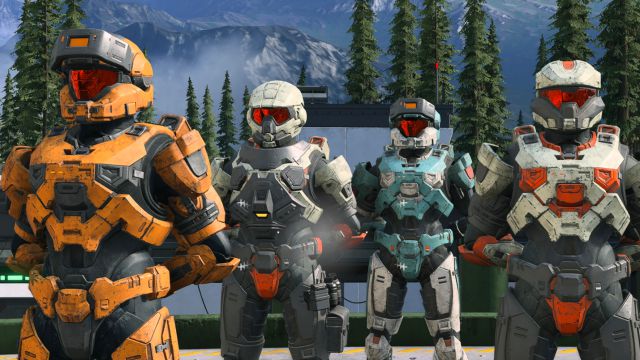 343 Industries wants to add Fiesta, Tactical Slayer (SWAT) and Free-For-All playlists to Halo Infinite multiplayer before the end of 2021. 343 Industries community manager John Junyszek has confirmed on his social media that the team is aware of community demands and plans to add new online playlists including Fiesta, Tactical Slayer (SWAT) and Free-For-All modes, all before the end of the year. The developer wants to take maximum care of the multiplayer of Halo Infinite and this would be her second response to the feedback from users, for whom she has already corrected the progression system.

Let's talk about Halo Infinite playlists!
We've been reading your feedback, and we're working on plans to add Fiesta, Tactical Slayer (SWAT), and Free-For-All playlists as we speak. They won't land by Dec 8, but the team is pushing to get them in before the end of year 👊

Among the proposed modes, Party we could see it in the first event of this season, called Fracture and samurai themed. In it we start with two random weapons that change every time they kill us, forcing us to try and experiment with the entire arsenal of Halo Infinite. For its part, Tactical Slayer (SWAT) would come to make the formula available in competitive modes social. That is to say: no radar, no secondary pistol and swapping the initial assault rifle for the BR85 battle rifle. SWAT would allow you to enjoy that scheme without any rank at stake, taking pressure off. And finally, Free-For-All would be the classic All against all of all the life.

This first update of the online playlists seems to be only a starting point. Several players have echoed in networks that, if we play Halo Infinite multiplayer on PC and with bots, or what is the same, offline, we can access 17 secret modes that are currently not available in any other way. Among them there is a first approach to the classic Infection (zombies with plasma sword vs spartans), a pseudo-battle royale called Danger Zone (with a circle that reduces its perimeter and within which you have to stay), as well as modes in which that there are unprecedented options such as reviving fallen allies in team duels. In fact, the game has an achievement of reviving three people in the same game that cannot be obtained at the moment. Its very existence seems to guarantee that these hidden modes will soon rotate and appear online, so we will have to be attentive to their future announcement.

Minecraft: Explanation of the situation with Steve’s beard