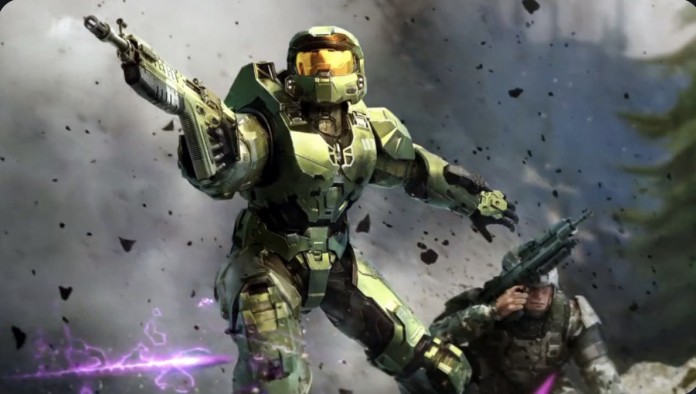 Studio 343 Industries explained the reason for delaying the Halo Infinite cooperative campaign and Forge mode to next year. Halo Infinite’s multiplayer mode is now available, and for now, we just have to wait for the main campaign. But there is another element of this game that players expect; we mean playing the main story cooperatively.

This is something classic in the series and many fans enjoy it widely. However, it seems that they will have to be patient: it is confirmed that this option will arrive until 2022.

Halo Infinite’s cooperative mode is coming out in May

That’s what Joseph Staten, chief creative officer at 343 Industries, implied in a recent interview. In fact, it won’t even be at the beginning of next year, but beyond next May.

All because the first season of the game takes precedence. Cooperative mode is not the only one affected, but it also applies to Forge. So the goal of both of them coming out during the launch window of this title will not be able to be fulfilled.

The first season of Halo Infinite will end in May 2022, so players will need to be entertained by its content for months to come.

343 Industries originally wanted to publish each wave of content within three months, but is behind schedule. So the second season, which is after May, will have the cooperative campaign included. But what about Forge?

Forge will have to wait until season three

It seems that those who wait for this tool should be more patient. His departure is planned for the third season. Staten commented on this “yes, we are extending the first season.”

Then he added, ‘So our goal is still what I said before, which is to send the cooperative campaign with the second season and Forge with the third. But they are still objective. ‘ Hopefully there are no further changes.

He went on to say ‘and we can’t commit to fixed dates right now, because as we’re seeing with this multiplayer beta, other things could get ahead in the priority row for us.’

What he did show is that if things do not go according to plan with the Halo Infinite content, some decisions will be made and shared with the players. The main campaign will be out on December 8.