Home Tech Halo Infinite will have a customizable control scheme 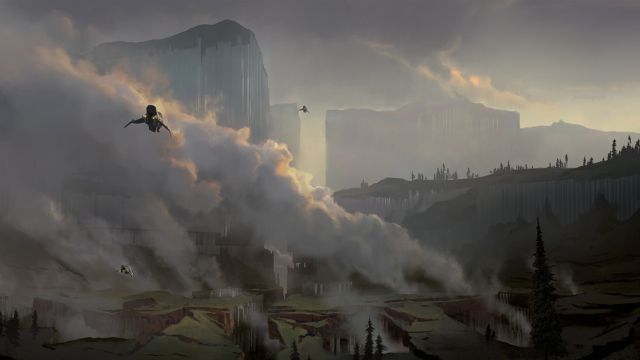 343 Industries offers new details of the long-awaited video game starring the Master Chief, which will be released in 2021.

It was meant to accompany the Xbox Series X and Xbox Series S at launch, but 343 Industries needed more time to deliver an experience that lived up to the Master Chief. Halo Infinite will receive regular information updates, as the studio itself has recently confirmed. Along the same lines, those responsible for the series have provided new details of the video game. They have done so through an extensive interview published on the official Halo Waypoint blog. One of the areas they are working on is providing players with customizable control schemes.

Quinn DelHoyo, lead Sandbox designer at Halo Infinite, has mentioned that 343 Industries’ efforts are focused on accessibility and customization of controls. “Everything should feel intuitive, we don’t want players to have to ‘fight’ the game to enjoy themselves,” he commented. “It is because of this principle and the fact that Halo Infinite is going to be on PC, that we have decided to rebuild the control scheme to allow players to restructure and remap their controls, regardless of the platform.”

According to the developer, how users control characters is crucial. “Players feel more engaged with the title when the control customization is fully operational,” he maintains. In addition, 343 Industries has deployed an entire team to ensure that the PC version controls work properly. “The PC is not going to be a port that we make after the game is launched, we are playing on the computer every day. So now, not only does it need to feel good like Halo on the controls, ”it also needs to work well with a mouse and keyboard.

Weapons, variety and types of damage

DelHoyo has also stressed the importance of weapons. According to him he explains, players will now have more possibilities when choosing. “Instead of using the weapon that you like because of how it shoots or handles, in Halo Infinite you might want to pick up a certain weapon based on how it affects other players, the environment, and vehicles. In essence, the ambition for damage types is to better integrate with weapon types, ammo, faction technology, etc. in the gameplay ”, so that it is easy for the user to understand. He promises more surprises in this regard in the months to come.

The idea is to keep these types of damage in a way that is easy to understand, but without giving up on variety. David Price, head of weapons design, adds that those who want to quickly remove their shields can use Plasma, for example. But that doesn’t dictate weapon play style, class, or power level. I can use a shotgun style weapon that uses any of the damage types. This approach allows us to create multiple weapons that feel unique within a damage type. ”

Halo Infinite is in development for Xbox One, Xbox Series X, Xbox Series S, and PC, with a release date yet to be defined, although it will arrive in 2021.