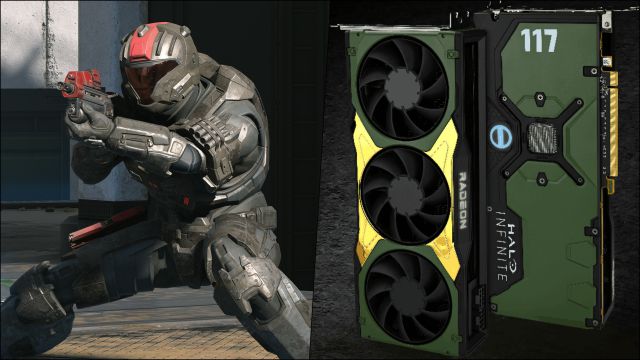 Halo Infinite: AMD and 343 Industries have worked for two years to make Halo Infinite on PC a streamlined experience across a broad spectrum of systems. Halo Infinite shows a sneak peek at what players can expect from the PC version. From 343 Industries they assure that they are putting into practice “everything learned in The Master Chief Collection” to achieve “a true PC experience from day one”.

Noah Benesch, product marketing manager at Xbox, reveals that the team has been “working closely” with AMD for two years. “Working with AMD has helped us make optimizations that benefit a high range of systems and hardware,” he says. This vision ranges from high-end computers to other more modest equipment, through the console ecosystem.

Benesch says that the manufacturer’s engineers “have optimized performance on AMD Ryzen processors, including changes that allow Halo Infinite to perform better on processors with more cores.” On the graphics card side, it will have specific drivers that will offer “massive performance improvements through the campaign mode zones.” Players not using third-party parts can also take advantage of the optimization work they are doing.

It will be fully supported by FreeSync Premium Pro technology. Currently both 343 Industries and AMD are working on incorporating ray tracing after launch. We will know more details “soon”. But the PC version also planet a different scenario in the competitive plane. There will be three types of qualifying matchmaking: keyboard and mouse, controller and a third option where both modalities are mixed.

The collaboration with AMD also reaches the advertising plane. A limited edition RX 6900 XT graphics designed in the Master Chief’s armor colors will be released. However, it will not be for sale. The company’s official account and Halo on Twitter will share how to get one.