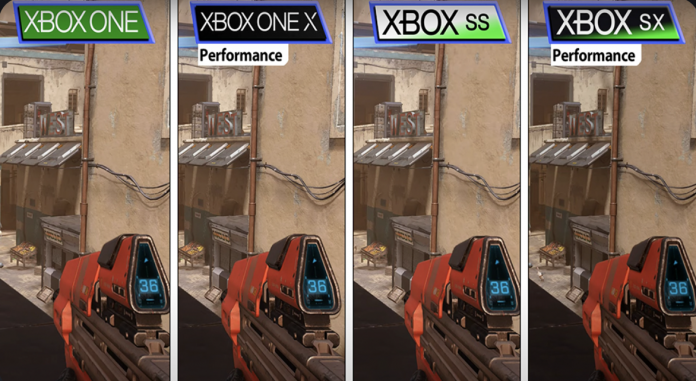 December is coming!
We are relatively short of the arrival of Halo: Infinite. If you do not have the same luck as Battlefield 2042, on December 8 we will be enjoying the new adventure of the Master Chief. In addition to that we will participate in their fun multiplayer games again.

Since Halo: Infinite is having a series of technical tests of its multiplayer, prior to its launch, several people have had the opportunity to test it. One of them decided to make a comparison video in which he shows the performance of the 343 Industries title on the different Xbox models. Do you want to know how much difference there is?

Halo: Infinite and its performance on different types of Xbox

The person responsible for this video is ElAnalistaDeBits. This youtuber constantly uploads to his channel comparisons of the different versions of various games, such as Death Stranding and FIFA 22. This time he made one of Halo: Infinite, after participating in one of the tests of its multiplayer mode.

To make this comparison, the youtuber decided to see the performance of Halo: Infinite on Xbox One, Xbox One X, Xbox Series S and Xbox Series X. Throughout the 15 minutes that the video lasts, he shows us various aspects about the new title, which looks great even on older generation consoles. Here we leave them for you to see for yourself.

Our first impression is that Halo: Infinite looks pretty good on all consoles. However, for all those who want more technical aspects, the youtuber shared a series of important points and differences. In turn, he clarifies that this comparison was made in a test version, so some things may still change.

He mentions that the Series S does not have a 120FPS performance mode at the moment, while the Xbox One X has added a performance mode that allows for 1440p / 60FPS gameplay with dynamic temporal reconstruction. The framerate has improved over the last test on all consoles, but both Series have six times faster load times.

It seems that the best option to play Halo: Infinite will be an Xbox One X or Series X. The youtuber ensures that these have the best shadows, anisotropic filtering and higher resolution in their textures. In which console will you get it when it is already available?